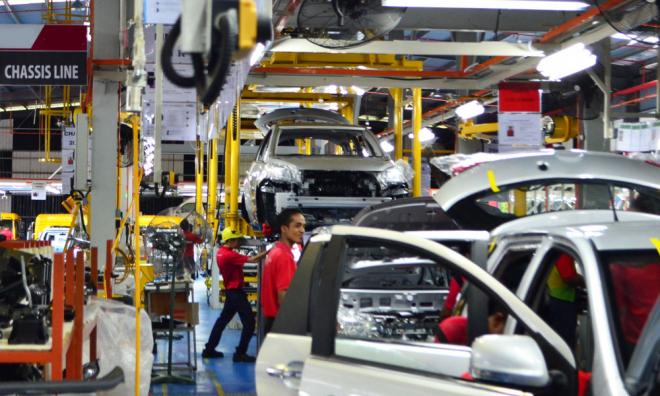 Gearing up for a third national car project

COMMENT | There are 4,500 parts that go into the making of a conventional vehicle and there is a benchmark on how cars are made. This is where simplicity and clarity are needed in any discourse on the third national car industry.

First and foremost, when something is the third, it means the previous two have either achieved their targets beyond measure — thus demanding the need for a third — or the first and second national vehicle project has had a mixed results, therefore, demanding a third.

Be it Proton or Perodua, the measure of any success of a "national" car is the degree to which a manufacturer can globalise its product.

No car can survive on domestic market alone. There was a time when Indonesia worked with Kia of South Korea to build its own car. The project, started by Tommy Suharto, floundered, and the whole project failed, despite having more than 269 million people as its potential consumers.

Malaysia has about 11.8 percent of the population of Indonesia. The power of any national cars rests on exporting them abroad. As things are, Geely has had a partnership with Proton in Malaysia. Geely is the largest producer of private cars in China.

Even if Geely is doing well, such as by acquiring Volvo and taking a strategic stake in Daimler Benz, it is number six in the ranking of all the car manufacturers in China. The first five are backed by the Chinese government or state-owned companies.

Malaysia, with a third or fourth national car, will be entering a complex market. Firstly, it has to know where and who can buy the Malaysia-made car across the world. The consumer research that goes into it, not to mention the need for perpetual promotion (of the national car), will immensely add to the cost.

This will compel the Malaysian government to step in if the project begins to diminish in value. In fact, even before one can see any growth in the bottom line of the national car, good money would have to be put in to deliver the yield.

Of course, the skill set gained from the supply chain would be massive. But the same skill set can be acquired by sending 50,000 or 100,000 car engineers to Japan, now that Japanese manufacturing and car industry is facing a severe shortage of workers. This is the same problem faced in South Korea and China.

There is no denying that there are huge job opportunities in the car industry, with the supply chain providing economic value down the line. However, the conventional car is a sunset industry in the face of the rise of electric vehicles (EVs).

China has more than 400 companies trying to make EVs. If we take the solar industry experience as a guide, this will end in huge financial losses for most of them and the chances are bleak that Malaysia could survive the crossfire of competition between China, Germany, Japan and the US.

Instead, Malaysia would be better off positioning itself as the destination for global EV giants looking to cater to the Asean market. Here, we will find competition from Vietnam and Thailand, the former having abundant labour at low cost, and the latter with decades of experience in CKD (completely knocked down) assembly.

Even this model — becoming a hub for global EV giants — must overcome a challenge posed by China. In five months, China has transformed a muddy field in Shanghai into the new Tesla Gigafactory (to produce EVs). Thousands of highly qualified Chinese are queuing to apply for jobs and the plant is scheduled to start producing the cars in a few more months.

In the meantime, Malaysia is facing a severe labour shortage, which will become a bottleneck for the large-scale manufacturing necessary in the car industry.

So, what does this mean for Malaysia? Should we abandon the playing field altogether? No, of course not. But we must design an EV master plan and identify which areas we want to compete in. We are likely to find niches in fast-growth segments such as assembly of battery modules. The innovations in storage technology will ensure that countries like the US and Germany will pick Malaysia - with its English-language proficiency and common law ecosystem - over China or Thailand or Vietnam.