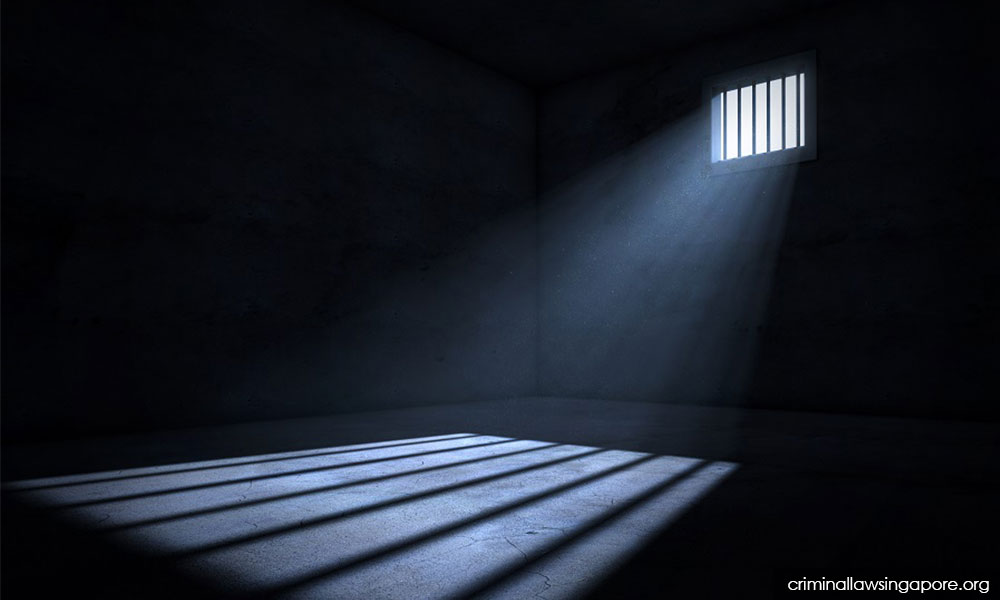 Hooked on ketum, SPM student with 7As rues life in prison

Achieving seven As in the Sijil Pelajaran Malaysia (SPM) examination should have qualified him for an esteemed place in an institution of higher learning.

But this did not materialise for Ahmad, 17, (not his real name) when he landed behind bars for a ketum (kratom or Mitragyna speciosa) addiction after picking the wrong crowd following the SPM examination in 2017.

Interviewed by Bernama at the Marang Prison recently, he admitted regret over his actions as he was an examplary and excellent student at a secondary school in Kota Bahru, Kelantan.

Ahmad was jailed for a year after he pleaded guilty to possessing a kilogramme of ketum leaves in 2018 and had to undergo the sentence until August.

‘’I have only myself to blame at what has happened. I was lonely without any friends. I was lonely quite a lot until I met my five village mates who were willing to talk to me and show concern.

‘’I saw them taking horse pills (ketamine) and consuming ketum water several times when I was close to them, but I avoided being involved. But my curiosity got the better of me and eventually I was hooked and I was willing to spend all my money to buy them,’’ said Ahmad, who took the opportunity to study at the Integrity School set up by the prison.

The change befalling him not only greatly dismayed his mother but also school teachers who were shocked at the sudden shift. In fact, when receiving the SPM results, Ahmad was concerned that entry into university would hinder him from obtaining ketum water.

‘’My friends said I will experience difficulties when I start studying because there is no ketum water there. So I didn't apply to any institution of higher learning as my head was in turmoil and I continued working at a sawmill to earn money,’’ said Ahmad, who is second of four siblings.

He said he was depressed at what he had done and became jealous of his peers who had continued their studies, while he was forced to undergo a difficult life in prison.

To dispel his loneliness and soothe his feeling of regret, he plunged himself into theatre activities organised by the prison school. His teachers regarded Ahmad as a smart and courteous person.

Sharing his experience of fasting in prison for the first time, Ahmad said that it was indeed a very sad state of affair.

He realised his family was not rich and could not afford to give him good food, but at least he could see his mother.

‘’I don’t how Hari Raya would be like but I am still thankful because my mother still sees me in prison and I have asked for her forgiveness recently,’’ said Ahmad, who was grateful since many inmates his age were shunned by their families and never had visitors.

Ahmad vowed to stay clear of his "wild" friends when he leaves prison, and the first thing on his mind would be to embrace his mother to seek her pardon.

It had begun to sink into Ahmad, who is of small stature, that his actions had devastated his 41-year-old mother’s hopes, especially when he had promised to change his family’s lot.

He said his 42-year-old father was now in prison in Machang, Kelantan, while his elder sister, 21, was in the Pengkalan Chepa’s jail in Kelantan, both over drug abuse offences.

‘’Indeed, it did cross my mind... by right, it is I who should change my family. My mother always reminded me to show the best. After my father and mother split up when I was 12 years old, I often heard people cursing and swearing at my family.

‘’At that time, I was determined to prove I would succeed. I don’t know somehow I was irresponsible and succumbed to my cravings for ketum leaves.

"I was like shocked and did not believe the predicament I was in during the early part of my detention. I did try to prise open my handcuffs but it was painful as they were too tight,’’ he said in a choked voice.

Ahmad scored 7As, 1B, 1C and 1D in the 2017 SPM examination and, according to a counsellor at the Marang Prison Nor Fakhrini Abdul Razab, 33, the prison would try to find a place in a polytechnic or any suitable institution of study for Ahmad.

‘’He is a clever person, always asking questions and he takes orders easily. Look at his behaviour... he is very courteous. I feel sad thinking how he could have succumbed. I meet many students in prison but I feel Ahmad will have a good future if he is willing to change and doesn't repeat the old mistake.

‘’May the experience (in prison) become valuable lessons to help him morph into a useful human being in society,’’ said Nor Fakhrini, who has been stationed at the prison since 2014.

ketum
Related Reports
Gov't considering curfew for teens below 18 to prevent drug abuse
a year ago
Cops: Ketum, drugs could have caused man to kill son
2 years ago
Ketum ban: M'sia is losing out, says BN lawmaker
3 years ago
Minister against banning of research on ketum
3 years ago