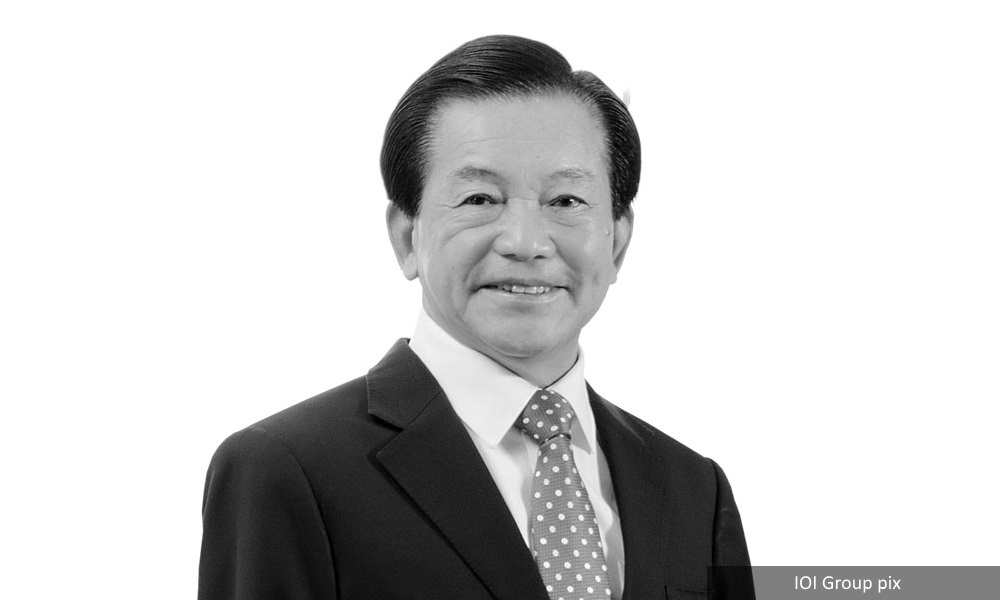 IOI founder Lee Shin Cheng has died, just two days before his 80th birthday on Monday after which he planned to retire.

The father of six passed away at about 8.30pm today.

The tycoon formed IOI in 1969 before diving into the palm oil business in 1983 and property development a year later.

He was listed by Forbes as the fifth richest man in Malaysia for 2018, with a net worth of US$5.4 billion.