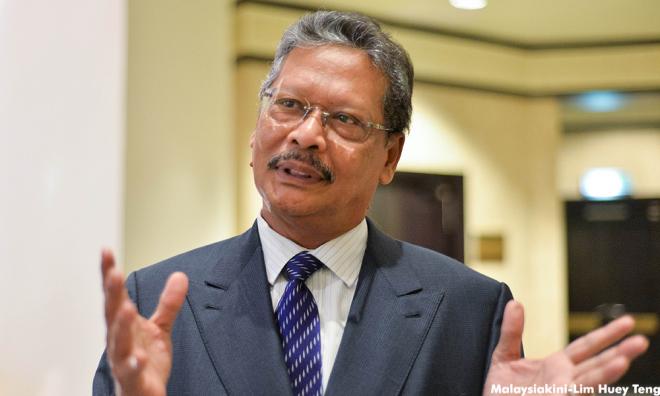 In his report lodged at the Dang Wangi police station this morning, Lim said investigations should also be extended to the former MACC chief, as well as the former inspector-general of police.

"The reason I lodged this report was to urge police to investigate in great detail the stealing of 1MDB's money," the report read.

In July 2015, Najib Abdul Razak appointed Apandi as attorney-general to replace Abdul Gani Patail, who was then heading a special task force to investigate the billions in the former premier's bank accounts.

Najib was being investigated for receiving RM2.6 billion (US$681 million), purportedly a political donation from the Saudi royal family, as well as RM42 million originating from SRC International.

Apandi, who eventually cleared Najib of any wrongdoing with regard to the money in his bank accounts, vacated his position after Pakatan Harapan came to power last year.

Despite having no formal charges pressed against him, he was slapped with a travel ban which was lifted by the Home Ministry and Immigration Department in a letter dated May 8.

A day after it was revealed that Apandi was free to travel overseas, DAP veteran Lim Kit Siang detailed the former attorney-general's role in the 1MDB scandal.

He also urged police to investigate the alleged cover-ups which included attempts to block co-operation with investigating authorities from over 10 countries.

MACC not probing former AG, says source
31 May 2019
Apandi should be investigated, says Kit Siang after ex-AG's travel ban lifted
31 May 2019
Apandi free to attend stepson's call to English Bar, his lawyer thanks Harapan
30 May 2019
'Najib so shocked he axed AG and DPM' - lawyer on witness' remarks
29 May 2019