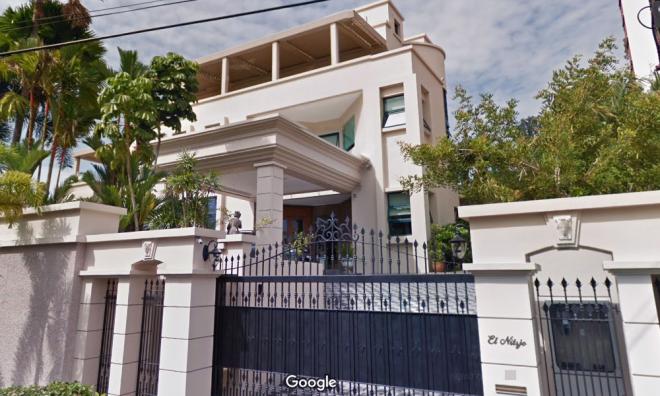 A friend of 1MDB-linked businessperson Low Taek Jho's family has criticised the seizure of a mansion in Tanjung Bungah by authorities.

Yan Lee, who runs the NGO Citizens Awareness Chant Group, said in a statement today that the bungalow has nothing to do with the troubled sovereign fund.

Yan noted that he has known Low’s parents, Larry Low and Goh Gaik Ewe, for more than two decades.

Echoing Jho Low, he said the Tanjung Bungah bungalow could not be connected to 1MDB as it was built many years ago, predating the scandal.

"If any funds are proven in an impartial court of law to have been misappropriated, they should be recovered.

"But how could this house be connected to 1MDB when it was built long before 1MDB existed?” he asked.

Yan urged the government to comply with the rule of law and said the mansion should not be used as an excuse.

In his challenge on the forfeiture of the bungalow, Jho Low's spokesperson Benjamin Haslem supplied a purported copy of the occupancy certificate last week, signed by Penang Municipal Council representatives in 2000.

The mansion is part of an RM680 million civil forfeiture action filed by the Attorney-General's Chambers against 18 individuals. It includes other assets like handbags, cars and cash, which the government alleges were bought using funds siphoned from 1MDB.

Jho Low, who the police say may be arrested soon, is accused of masterminding illegal transactions that saw US$4.5 billion (RM18.82 billion) allegedly misappropriated from the state fund.

The businessperson has been charged, in absentia, in both the US and Malaysia.

He has refused to return to Malaysia, claiming that he would not get a fair trial in the country. He has also eluded US authorities.

Former prime minister Najib Abdul Razak is already standing trial for 42 charges of criminal breach of trust, money laundering and abuse of power in relation to the 1MDB scandal.