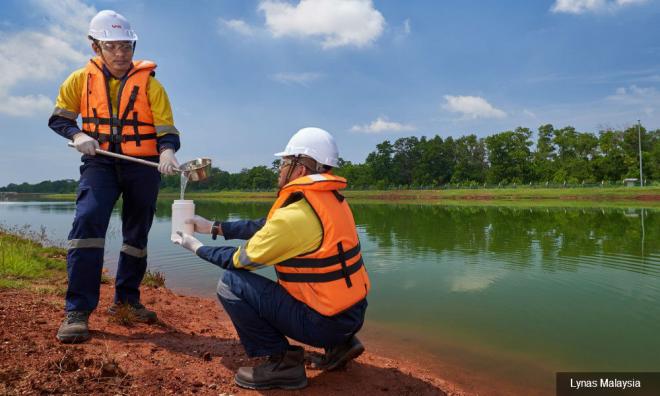 Lynas: Critics wrong, gov't says no groundwater contamination by us

Australian rare-earth mining company Lynas said today the claims by activists about dangerous residues produced by the company's operations have been proven false.

Lynas pointed out that Water, Land and Natural Resources Minister Dr Xavier Jayakumar said that the latest tests done around Lynas' plant area have given negative readings for heavy metals.

It also quoted Energy, Science, Technology, Environment and Climate Change Ministry deputy secretary-general Nagulendran Kangayatkarasu as saying the spike in heavy metal readings in the groundwater around the Lynas plant did not originate from the facility.

"These statements are consistent with Lynas Malaysia's own groundwater monitoring and analysis.

"It is disappointing that anti-Lynas activists made misleading claims about the groundwater with the intent of creating fear and uncertainty in the Malaysian community about Lynas Malaysia's operations.

"However, a proper scientific investigation has proven these claims to be false," said Lynas via a joint statement by its radiation safety, regulations and compliance general manager Ismail Bahari and managing director and vice-president Mashal Ahmad.

They said that Lynas Malaysia only produced two solid residues, which were NUF, a synthetic gypsum, and WLP, an iron phosphate material.

While activists have been focusing on the WLP residue, Lynas said it is a naturally occurring radioactive material (Norm).

They said the International Atomic Energy Agency (IAEA) and technical experts advising the parliamentary select committee and the scientists on the government's executive review committee have all confirmed the material is of low risk.

"There is no technological enhancement of the low level, naturally occurring radionuclides during the production process.

"Members of the Academy of Sciences Malaysia have implored the government to make their decisions based on science and not on the unfounded claims of the anti-Lynas activists," they noted.

They also pointed out that in line with international best practices, Lynas Malaysia's licence requires the company to carry out research and development on the safe reuse of WLP residue being generated.

Due to this, extensive research on the use of WLP and NUF has produced CondiSoil, they said, which was a safe soil conditioner that helped problematic soils become suitable again for agriculture purposes.

"Lynas will continue to work with all relevant government agencies to implement suitable solutions.

"Both the WLP and NUF materials produced at Lynas Malaysia are equivalent in composition to materials which Malaysia currently imports, so they can be used to replace the imported materials and support economic value and development in Malaysia," they said.

Uphold the rule of law on Lynas issue
4 Jun 2019
Wong Tack reaffirms opposition to Lynas
31 May 2019
PM: M’sia looking to ‘spread out’ Lynas waste if Australia won’t take it back
31 May 2019
Ministry: Gebeng groundwater contamination not from Lynas
31 May 2019