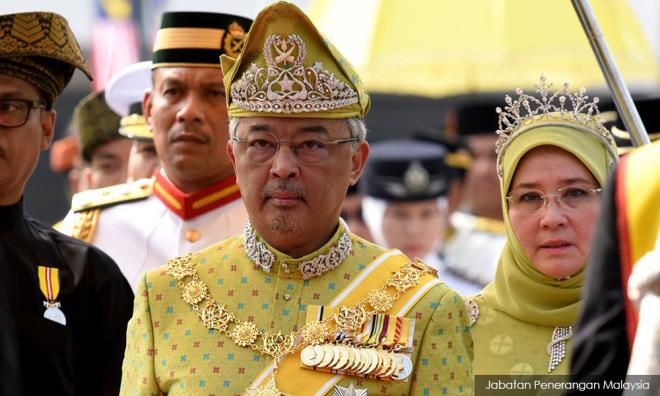 Comptroller of the Pahang royal household Ahmad Khirrizal Ab Rahman said in a statement that the event would be held at Istana Abdulaziz from 10am to 1pm.

"All the people are welcome, and are requested to be properly attired in keeping with the period of mourning,” he said.

Pahang declared 40 days of mourning for the public following the passing of the former Pahang ruler Sultan Ahmad Shah Sultan Abu Bakar on May 22.

Khirrizal said Sultan Abdullah and Tunku Azizah extended Aidilfitri greetings to the people of Pahang and the invited guests.

He also said that the king and queen expressed gratitude for being able to celebrate Aidilfitri with the people for the first time after the sultan’s election as the Yang di-Pertuan Agong on Jan 31.

He added that guests of the open house are permitted to park their vehicles at the parking lot of Galeri KotaSAS and the campus ground of the International Islamic University.

"For the convenience of the guests, a shuttle bus service is provided between the two locations and Istana Abdulaziz,” he said.