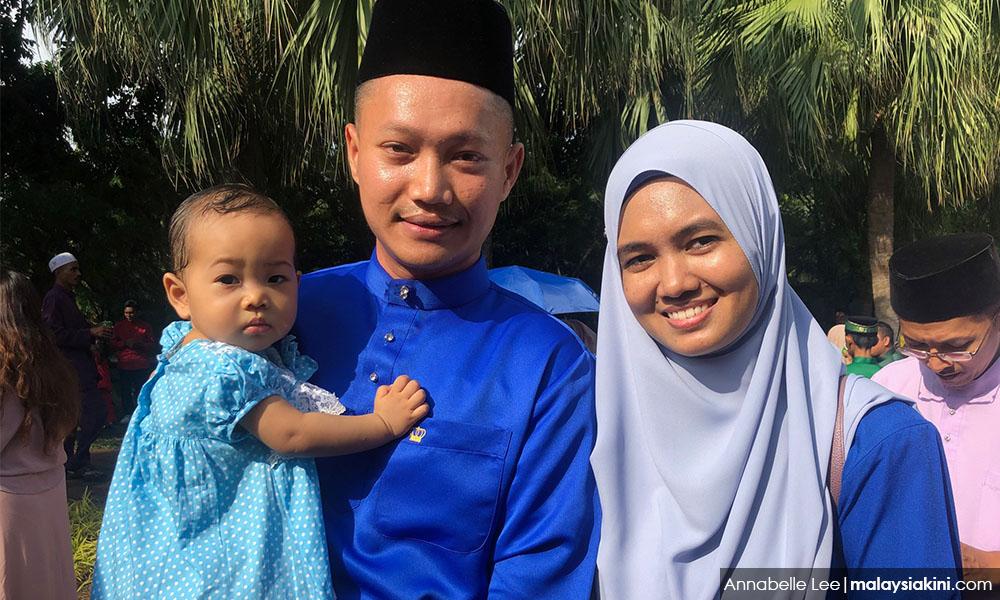 The rakyat's wishes for Raya: Unity and a better economy

More than 35,000 people made their way to Prime Minister Dr Mahathir Mohamad’s official residence in Putrajaya for his Hari Raya Open House today.

A diverse mix of locals as well as tourists and foreign workers were seen queuing for hours under the hot sun to enter the event.

The crowd was markedly smaller than last year’s, which had an estimated 80,000 attendees.

Even after a mild shower, people continued to pour in for free food as well as a chance to shake hands with Mahathir and his cabinet ministers.

Approached while waiting in line, cardiologist Dr Peter Jesudason (below) told Malaysiakini that he had decided to attend the event because he wanted to meet Mahathir, whom he called his “hero” for defeating BN in the 14th general election last year.

Peter said his attendance was also a statement in support of a more diverse, united and just Malaysia.

“There are people within the government today who are dancing to the tune of the right wing (groups).

“Harapan has been talking a lot about the Malay agenda. Why is there no Malaysian agenda instead? Everybody should be equal.

“The more people are trying to drag us backwards, all the more Malaysians must state their position - which is, we want a democratic and civilised Malaysia where there is freedom for all races,” he said.

'Give Harapan at least a term or two'

This sentiment was shared by businessperson T Ravindran, who came with his family (below) from Kuala Lumpur today.

“Unity is no more after Harapan (took over).

“People seem to be creating a lot of racial issues. If this goes on, people will start fighting,” he told Malaysiakini when met.

Ravindran nevertheless remained supportive of the new government and urged detractors to give Harapan more time.

“Everyone wants things so fast. I blame the people for being impatient.

“Correction and criticism are good. But we should give them at least one or two terms,” he opined.

For Sabahan Musbir Herman (photo at the top), who works as a prison officer at the Kajang Prison, he hoped the Pakatan Harapan government would focus its efforts on improving the economy.

“The economy could be in a better state. And I hope they fulfil the promises in their election manifesto.

“They must focus on the cost of living, for this really affects the lives of the rakyat,” Musbir said when met with his wife and young child.

Hari Raya
Cost of living
Economy
Race
Related Reports
New TM CEO appointed, but PM tight-lipped on who
a year ago
Judiciary RCI preferred over internal inquiry, says PM
a year ago
Sometimes we get surprises, says Dr M of new MACC chief
a year ago
PM: Latheefa was my choice, I did not discuss with cabinet
a year ago