MP SPEAKS | Prime Minister Dr Mahathir Mohamad should present a White Paper on “Week of Long Knives of July/August 2015” in Parliament, before the current session adjourns on July 18.

The events triggered by the Black Tuesday of July 28, 2015, and the ensuing “Week of Long Knives” represented the most serious, deplorable and disgraceful attack on the democratic principles of the Malaysian Constitution and the independence, impartiality and professionalism of all the important national institutions in the history of the country.

These dark events must never be allowed to recur in future and this is why the fullest light must be allowed to expose all the nooks and corners of the federal government that allowed such a dastardly chapter in the history of Malaysian democracy to take place.

I find it astonishing that the website that emerged on the very same day (July 28, 2015) that Gani Patail was summarily and unconstitutionally sacked as attorney-general, Muhyiddin Yassin sacked as deputy prime minister-cum-minister of education and Mohd Shafie Apdal removed as minister for regional and rural development – and which played an important role in the campaign to spread a regime of terror among top political and government leaders – is still available on the internet.

This website made its first appearance with an article headlined “Ops Lalang 2015: Special Branch leads investigation into conspirators”, which made the most ludicrous and outrageous allegations implicating top officers in government, especially key officers in three of the four “Special Task Forces” investigating into 1MDB and the RM2.6 billion in Prime Minister Najib Razak’s personal bank accounts – Bank Negara Malaysia (BNM), Malaysian Anti-Corruption Commission (MACC) and Attorney-General’s Chambers (AGC) – for involvement in an international conspiracy to topple the elected government of Malaysia.

It named 13 persons on a “list of conspirators to be investigated under Section 124 of the Penal Code, which carries a penalty of up to 20 years in prison”.

It said: “The power to carry out the investigation is held by the police and Special Branch whilst the power to charge an offender under Section 124 lies with the Attorney-General.

“It is no surprise that the position of the head of the Special Branch was changed today. It was announced that Datuk Seri Mohamad Fuzi Harun (photo above) was appointed as the new Special Branch director, replacing Datuk Seri Akhil Bulat. (Fuzi subsequently became the inspector-general of police.)

“This comes at a time when on the same day the Attorney-General has been replaced as reported.

The 13 names listed in what was stated as “Top Wanted List of Conspirators Against the Democratically Elected Government” were:

6) YBhg Tan Sri Datuk Rashpal Singh a/l Jeswant Singh – A Member of the Advisory Board of the Anti-Corruption (ACAB); 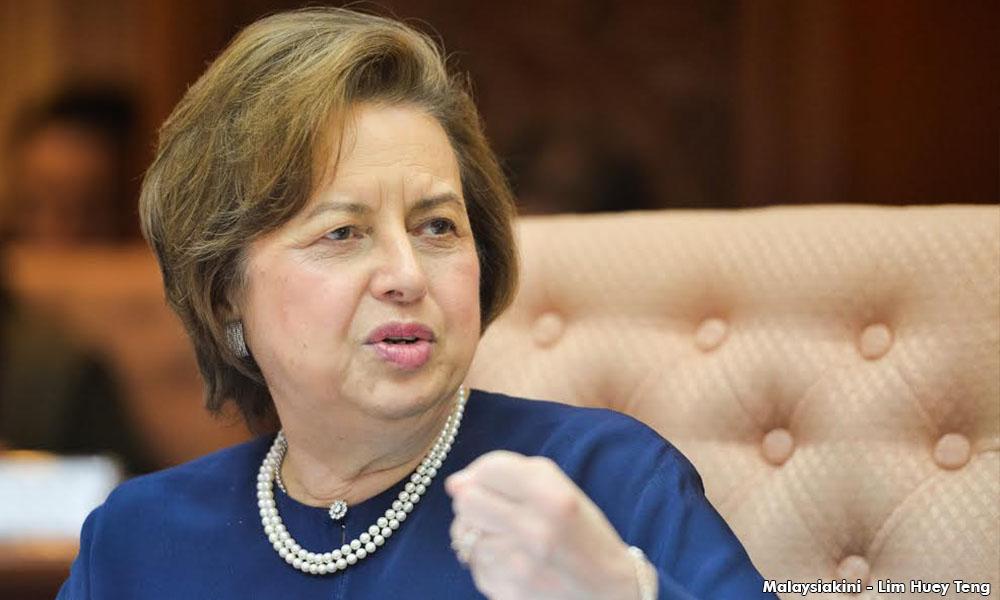 At the relevant period, those listed as 5, 6 and 7, i.e. Tan Kang Sai of MACC, Rashpal Singh and Jessica Gurmeet Kaur, had been arrested and released on bail, while No 8 and 9, i.e. Tong Kooi Ong and Ho Kay Tat, were under police investigation under Section 124B of the Penal Code, while their publications Edge Weekly and Edge Financial Daily had been suspended for three months. A warrant of arrest had also been issued for No 10, i.e. Clare Rewcastle-Brown.

Also on the so-called “Top wanted list of conspirators” were the then MP for PJ Utara, Tony Pua of the DAP, who became the first MP in the country to be banned from leaving the country; Bank Negara Governor Zeti and Bank Negara Deputy Governor Nor Shamsiah; the No 2 of MACC, Deputy Chief Commissioner Mohd Shukri and Sufi Yusof, press secretary to Mahathir.

Did this website violate the Official Secrets Act in stating that there would be a police crackdown under Section 124B against the persons named in the list?

Did the police and the Malaysian Communications and Multimedia Commission (MCMC) take any action against this website and those responsible behind it, and if not, why not?

This is a good example of “To use democracy to destroy democracy”.

It reached a stage where anyone who wants to have a change of prime minister or government is liable to be investigated, arrested and charged under Section 124B for “activities detrimental to Parliamentary Democracy”, which is a total betrayal of the precepts and principles of parliamentary democracy as well as declared parliamentary and ministerial intention in enacting Section 124B of the Penal Code.

The reign of terror against honest, independent, impartial and professional public officers was so oppressive that it prompted a most unprecedented special prayers (solat hajat) session held by the Malaysian Anti-Corruption Commission (MACC) staff at their Putrajaya headquarters at the time, which signalled that MACC was facing an unprecedented crisis where only divine and not human intervention could allow MACC to continue with its anti-corruption duties.

Zakaria Jaffar (photo, above), the retiring MACC deputy chief commissioner who led the prayers, said there was nothing that could be done about the past, but they could pray that Allah would help them to create a better future for the country.

As Zakaria said at the prayer session: “Keep us away from wrongdoing, give strength to these graft-busters so they could save themselves, and their families, organisations, communities and especially our beloved country from being violated by actions of those who practise graft.”

There should be a full investigation into Black Tuesday of July 28, 2015, and the “Week of Long Knives in July/August 2015” to learn the lessons from this Dark Age in the six decades of democracy in Malaysia to ensure that these events would not be repeated in the future.

LIM KIT SIANG is a DAP veteran and the MP Iskandar Puteri.

mp speaks
lim kit siang
black tuesday 2015
Related Reports
Najib does not want M'sians to remember the lessons of history
a year ago
Press freedom in Malaysia - whither rule of law?
2 years ago
New IGP boldly doing what none of his predecessors dared to
a year ago
Lim: Establish RCI to reveal 'week of long knives of July 2015'
a year ago