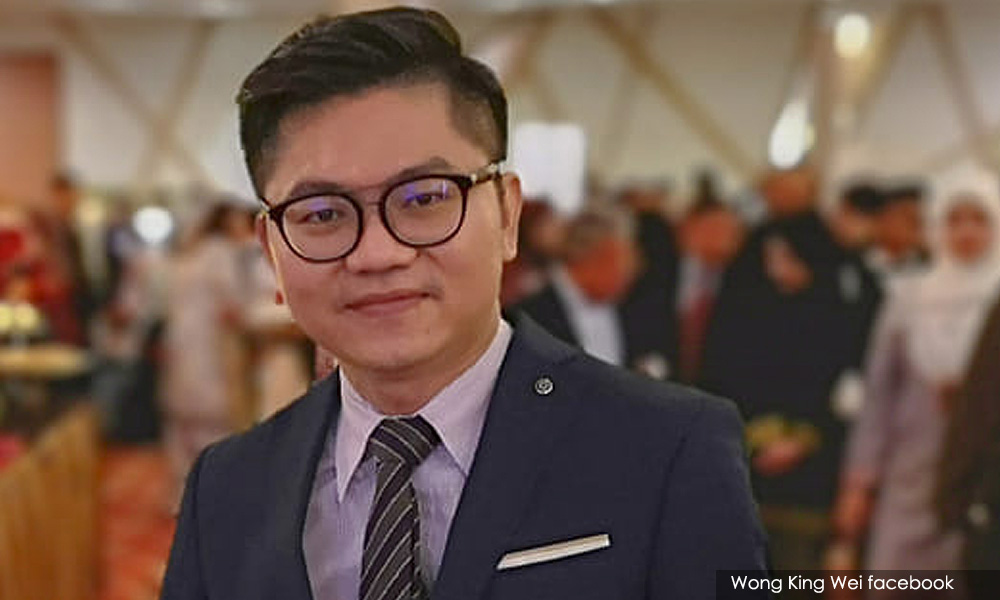 Wong King Wei has told Sarawak state leaders not to harp on the background of the new Malaysian Anti-Corruption Commission (MACC) chief, but to worry about investigations into corruption in the state instead.

In a statement today, Wong (photo, above), the Padungan assemblyperson, told Gabungan Parti Sarawak (GPS) leaders to turn their focus on whether new MACC chief Latheefa Koya would be taking any action against corrupt leaders in Sarawak.

Yesterday, Parti Pesaka Bumiputera Bersatu information chief Idris Buang questioned Letheefa's appointment, saying it was "repugnant" and "goes against the spirit of the Pakatan Harapan government in wanting to uphold the rule of law."

"I urge Idris Buang and GPS leaders worry not about her background but worry if she is not taking any action against Sarawak corrupt 'big fishes'," said Wong who is Sarawak DAP vice-chairperson.

He said he believed all righteous Sarawakians had been waiting for the Harapan government to act on corrupt practices in Sarawak.

"Nothing has happened thus far, after one year in power. With the appointment of the new MACC chief, I have high expectations of her to act speedily, justly, independently and drastically against those corrupt leaders in Sarawak."

"I have been disappointed with the outgoing MACC chief for not taking any action against corruption in Sarawak, On the other hand, Idris Buang feels upset over the change of office," Wong said.

He urged the MACC to act proactively in investigating corrupt practices in Sarawak, without fear or favour, regardless of who the leader is and what position the leader is holding.

sarawak
corrupt leaders
latheefa koya
Related Reports
Yoursay: Latheefa as MACC chief a bold appointment, let the hunt begin
a year ago
PSM: No-nonsense Latheefa's first task is to probe Taib
a year ago
Taib’s daughter fails again in bid for injunction against Swiss NGO
a year ago
Forthcoming Sarawak state polls a test for Harapan's pillar-promise
a year ago