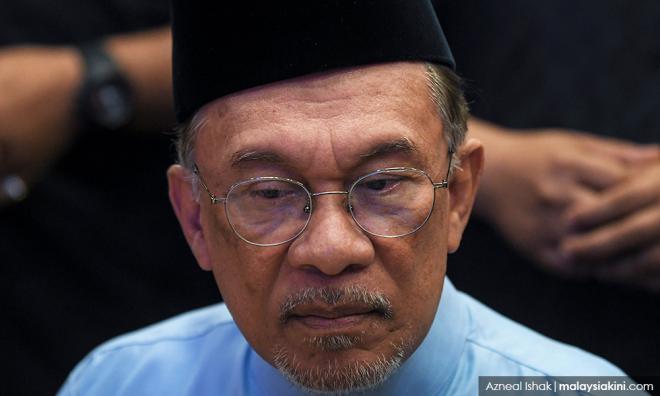 In making the call last night, PKR president Anwar Ibrahim said the decision to appoint Latheefa was made by the prime minister and that only he knew about it until the announcement of the appointment.

According to Anwar, matters that need clarification include why the Cabinet was not informed, that the appointment was allegedly not in line with the MACC Act and also violated the Pakatan Harapan election manifesto.

“Of course, clarification is required as this is what we promised, but we should only use proper forums, such as the Cabinet or the Pakatan leadership council if we want to raise and seek proper clarification.

"Manifesto not complied with and seen as a political appointment… I find it necessary to explain to the public as to why the manifesto was not fully observed and respected, although I think Latheefa has the necessary credentials for the position," Anwar told reporters after attending a Hari Raya dinner at Masjid Kubang Semang in Permatang Pauh.

Anwar, who is the MP for Port Dickson, said he was agreeable to giving the prime minister time and space to clarify the appointment at the proper platforms.

"We will ensure MACC remains independent and those given the task be seen as very professional and not to be dragged by political affiliation and faction affiliation. This concern has been expressed," he said.

Anwar also said Latheefa’s resignation as a PKR member had been accepted by the party and it should not become an issue.