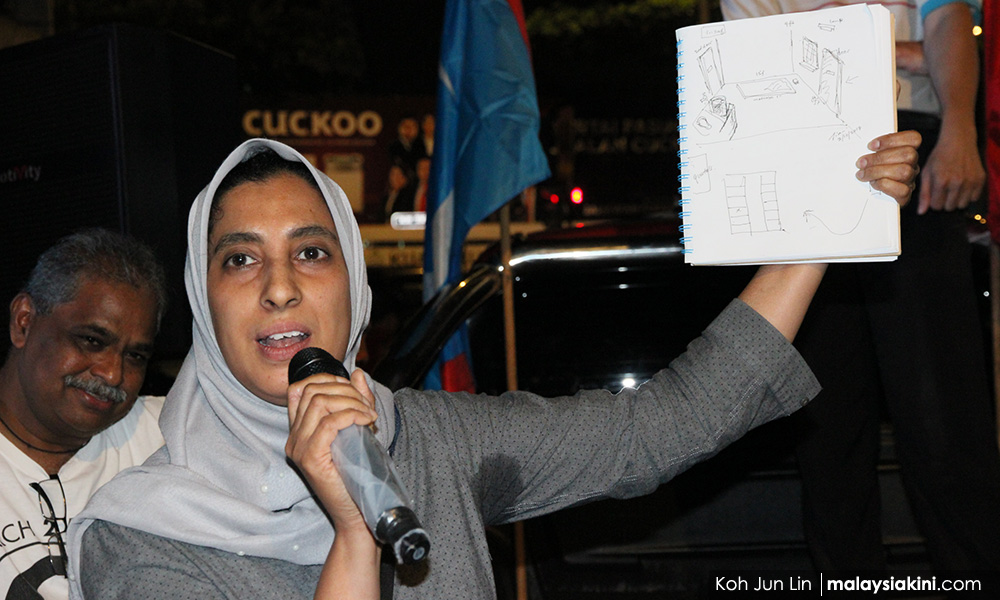 Specifically, it is about the prime minister’s failure to consult the cabinet and to present his nomination to the parliamentary committee on major public appointments for deliberation. The latter was a major reform measure introduced last year to fulfil the Pakatan Harapan coalition’s pre-election manifesto.

It is for the purpose of decentralising the prime minister’s oversized executive power, which had in the past turned the government into a virtual autocracy, enabling the PM to ransack massive public funds with impunity. Such unbridled abuse of power was amply illustrated by the now world-renowned 1MDB financial fiasco, which is possibly the largest kleptocracy case in history.

Hence, the setting up of this parliamentary appointment committee was looked upon as a cornerstone of Harapan’s reform measure to restore democratic governance through consensus building within Harapan and through increasing Parliament’s oversight on the Executive.

A major breach of trust

It, therefore, came as no surprise that the PM’s contemptuous brushing aside of this parliamentary reform mechanism in the dubious Latheefa appointment has sparked widespread consternation and anger.

Anger, because this coalition led by Prime Minister Dr Mahathir Mohamad has nonchalantly turned its back on such a major reform, after a series of highly criticised breaches of the manifesto earlier.

Consternation, because of the lightning speed, the mystery, and the candidate’s dubious suitability surrounding this appointment.

Firstly, why was current chief commissioner Mohd Shukri Abdull (photo) abruptly replaced mid-stream of his service contract at the height of legal process pursuing culprits of the humongous 1MDB crimes, which formed part of his stirring performance as no-nonsense graft-buster since assuming this position a year ago? No credible explanation has been advanced.

Secondly, if this appointment is above board, why was it kept as a complete secret, even to cabinet members, right up to the moment of appointment? Isn’t it clear that the PM was expecting stern reservation or opposition from the cabinet and component parties of the Harapan alliance if Latheefa’s name was proposed? Is this how the leader of a reformist government should act on a major appointment as politically crucial as the nation’s top graft-buster?

Thirdly, Latheefa has been an active partisan politician all her working life. How could she be expected to transform overnight into a politically neutral chief manning an institution as politically sensitive as the MACC to wipe out rampant corruption, the main culprits of which are politicians, spanning both sides of the political divide? Wouldn’t such an inherently political MACC chief cause the institution to lose credibility and public trust? Are there no candidates with lesser baggage than Latheefa to perform this duty?

Fourthly, Latheefa has been a staunch anti-Anwar Ibrahim political player for years, and has been acting as the vanguard of the Azmin Ali faction in the running Anwar-Azmin feud within PKR. The latter is the largest component party of Pakatan Harapan coalition, and PKR president Anwar is the prime minister-designate to succeed interim PM Mahathir.

Naturally, Latheefa’s appointment immediately raised alarm and anger in the Anwar faction, and fuelled public suspicion of a political plot to sabotage the power transition to Anwar, particularly when no one seems to believe in Mahathir’s sincerity to pass the baton to Anwar.

This public mistrust of Mahathir’s promise to hand power to Anwar arises from Mahathir’s persistent cold treatment of Anwar, treating the latter as a complete outsider and never consulted him on any major event or decision throughout his one-year reign. This impression is further reinforced by Mahathir’s perennial evasions to give unambiguous answers on questions on the promised power transfer.

The political intrigue connected to Latheefa’s appointment is further compounded by the fact that Azmin (deputy to Anwar in the PKR hierarchy) has been turned into a strong Mahathir ally since Harapan came to power a year ago. And Azmin has ambition to become the prime minister – as soon as he can make it.

It is not difficult to see that Latheefa has been suddenly thrust into a powerful position where she could play a crucial role of partisan politics in a potential power tussle within the coalition, with Mahathir having the advantage as her direct political boss.

Latheefa could, therefore, be a potential time bomb igniting a political war that may also engulf opposition parties, depending on how Latheefa’s role unfolds.

While the outcome of such potential conflicts is unpredictable, what is more certain is that if the component parties of Harapan – PKR, DAP and Amanah – promptly react to this event with the right decision for the best interests of the country, such conflicts could be averted or even when such warfare has erupted, the outcome will be favourable to the current reform movement, which after all is the raison d’etre of the entire political struggle of Harapan.

This scenario is foreseen from the fact that these three political parties combined command the kind of numbers that will make them the final arbiter of any such conflict.

It is hoped that these parties treat the Latheefa appointment issue with the urgency and seriousness it deserves, and make a timely decision wisely and boldly to prevent the much dreamed of New Malaysia slipping from our fingers, after having won the crucial battle in the recent election with so much sweat and toil.

KIM QUEK is the author of the banned book ‘The March to Putrajaya’ and best seller ‘Where to, Malaysia?’

latheefakoya
macc
pakatanharapan
dap
amanah
pkr
Related Reports
Yoursay: 'Thanks Shukri, now we shall see if Latheefa can walk the talk'
a year ago
Yoursay: Like it or not, MACC chief's appointment SOP is an issue
a year ago
PM needs to clarify Latheefa's appointment - Anwar
a year ago
Bersih warns of absolute power's perils, and 6 things that happened yesterday
a year ago