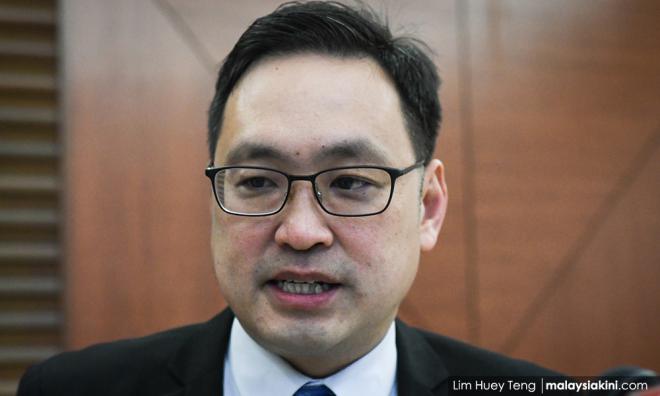 Sarawak Pakatan Harapan will make recommendations to the federal cabinet for Malaysia Day, which falls on Sept 16, to be celebrated in Kuching.

Its chairperson Chong Chieng Jen (photo above), who is also domestic trade and consumer affairs deputy minister, said having the national level celebration in Sarawak this time around was also in line with the spirit of the Malaysia Agreement 1963 (MA63) and the importance being placed on its implementation.

“This is quite significant as Sept 16 is a symbol of the day - a national celebration by the federal government.

“The first national-level celebration by the Harapan government was held in Sabah last year, involving the whole cabinet,” he told a press conference after chairing the Sarawak Harapan meeting at the DAP headquarters in Kuching today.

Chong, who is Sarawak DAP chairperson, said the state Harapan at today’s meeting unanimously decided to make the recommendations to the cabinet.

However, the bill failed to get two-thirds majority support as 59 MPs, including from Gabungan Parti Sarawak (GPS), had abstained from voting.

celebration
sept 16
Chong Chieng Jen
Related Reports
Lim: Sandakan victory sign Sabahans want MA63 restored
a year ago
MA63: Sarawak to cooperate with parliamentary select committee
a year ago
Constitutional amendment bill in accordance with MA63
a year ago
A missed chance for Sabah and S'wak
a year ago

Advertisement
01
YOURSAY | Onus on S’gor MB to win back Gombak, Ampang for PKR
4 Aug 2020
02
MySejahtera app to become compulsory and 9 news you may have missed
3 Aug 2020
03
Microsoft talks to buy TikTok's US operations spark ire in China
3 Aug 2020
04
YOURSAY | Afif can try his luck but voters may not forget the treachery
4 Aug 2020