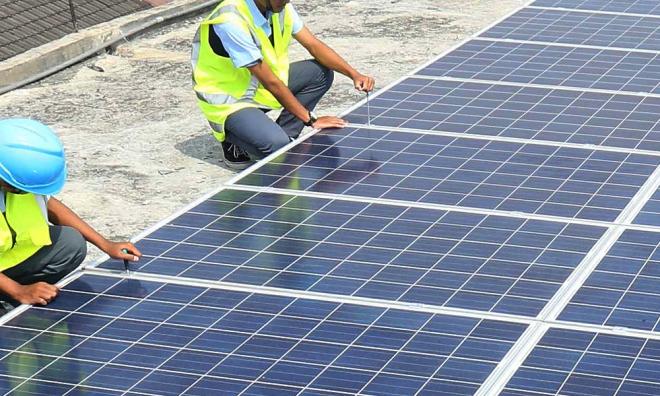 Tenaga Nasional Bhd, through its subsidiary TNB Renewables Sdn Bhd, has signed an agreement of intent withthe Seberang Perai Municipal Council (MPSP) for the supply of renewable energy (SARE) by installing solar panels on the rooftops of public markets and some state government offices in Penang.

The signing marks a significant milestone towards making MPSP Penang’s first local authority to choose solar energy generation, as well as the first municipal council in the country that is going green with the national utility corporation through SARE, TNB said in a statement today.

With the signing of the agreement, TNB Renewables’ wholly-owned subsidiary, GSPARX Sdn Bhd, will study and identify suitable sites for solar panels installation for MPSP under zero upfront solution.

The solar photovoltaic installation will also enable MPSP to sell excess solar energy to TNB and get energy credit on a ‘one-on-one’ offset basis to further reduce its bills via the Net Energy Metering scheme.

SARE, a tripartite contract between TNB, GSPARX as the registered solar PV investor, and MPSP as the customer, allows the municipal council to enjoy a lower electricity rate than the gazetted tariff.

SARE is presently offered by TNB’s wholly-owned subsidiary, TNBX Sdn Bhd, and is offered to local and federal government buildings, commercial and industrial customers to help reduce their electricity cost through RE generation.