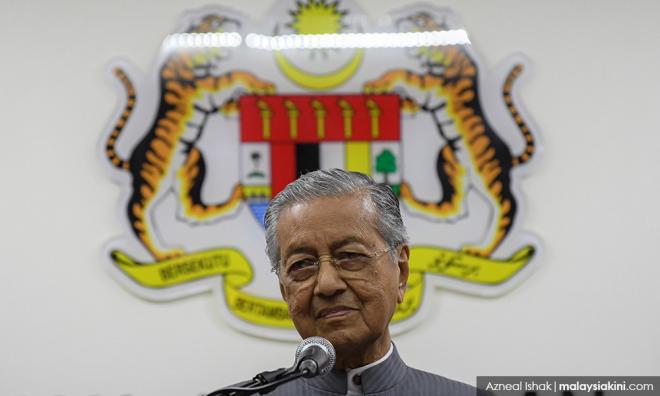 PM does not have unfettered discretion to make key appointments

COMMENT | Amid the swirling controversy following the shocking move of Latheefa Koya being made the MACC chief commissioner, one issue seems to have been met with consensus – the prime minister has the prerogative to make the appointment.

This based on the provision of the MACC Act 2009, where Section 5(1) states that the chief commissioner shall be appointed by the Yang di-Pertuan Agong "on the advice of the prime minister".

With this, the general opinion goes that the prime minister has absolute power to do what he likes in respect of this appointment, including how he comes to the decision and who he picks for the job.

I contend that such an interpretation of the law is oversimplistic and, in fact, contradicts the fundamental principle of parliamentary democracy embedded in the Federal Constitution.

Executive power vested in the Cabinet, not PM

Our entire polity consists of three portions: the Legislative, Executive and Judiciary.

Executive power is vested in the Cabinet and not the prime minister. This is stated in Article 43(1) of the Federal Constitution.

That it is the Cabinet – not the prime minister – which wields sole executive power in the Malaysian polity is further unequivocally emphasised in a short sentence which makes up the entirety of Article 43(3):

"The cabinet shall be collectively responsible to Parliament."

This article also leaves no room for ambiguity that such executive power is to be exercised collectively by the Cabinet, and not unilaterally by the prime minister.

Then, what is the role of the prime minister in the Executive? His role is to preside over the Cabinet, and he is also responsible for forming it. These are spelt out in Article 43(2)(a) and Article 43(2)(b) respectively.

So, it should be clear from these constitutional provisions that the prime minister does not lord over the Cabinet. He is the leader and the voice of the Cabinet, but he cannot substitute the Cabinet in formulating major policies and making major decisions. All these are subject to Cabinet deliberation and approval.

With this understanding of the Constitution, let us look back on the MACC Act relating to the appointment of the chief commissioner. The Act says that such appointment is made upon the prime minister's advice.

But how does the prime minister come to make his advice? Does he come to make it in isolation, all by himself? Or does he make it through consultation with the Cabinet?

Surely, the latter – not the former – is the norm in any parliamentary democracy.

Legitimacy and legality in question

Look at how Prime Minister Dr Mahathir Mohamad made his decision in the current case.

He did it in complete secrecy, stunning the cabinet, coalition partners and the public on the day of the announcement, which was also the day the relevant appointment and resignation were supposed to have taken place.

Ironically, even the then-chief commissioner Mohd Shukri Abdull was shocked on the day of the announcement that Latheefa had been appointed, casting doubt on whether he had actually resigned beforehand.

Conventionality aside, the prime minister’s bizarre conduct, contrary to the principle of collective decision-making, calls into question the legitimacy of his decision.

When the law says the prime minister advises the King to execute major administrative acts, the former actually does it on behalf and “under the general authority of the Cabinet,” to quote from Article 40(1) of the Federal Constitution. He does not represent himself, he represents the Cabinet.

So, when the prime minister advises the King on such matters in stealth, behind the back of the Cabinet, that would have amounted to an illegal exercise of his function, calling into question the legality of his act, in addition to being deemed a betrayal of his Cabinet.

In the current case, it is a double whammy. The prime minister has not only betrayed the Cabinet but has also tarnished the reformist image of Pakatan Harapan through this unilateral and clandestine appointment.

In the former affront, the Cabinet betrayal was compounded by the breach of the resolution that appointment of the MACC chief must go through the Special Cabinet Committee on Anti-Corruption, and the nominee’s ability is further subjected to an independent assessment by third-party stakeholders.

In the latter affront, Mahathir’s contemptuous brushing aside of the Parliamentary Select Committee on Major Appointment – which forms the backbone of the coalition’s reform agenda to curb the prime minister’s oversized power – constitutes a major breach of the electorate’s trust.

As called out by Anwar Ibrahim, who heads the Parliamentary Reform Caucus, Mahathir has to give a full account for his dubious conduct in meetings of the Cabinet and the Harapan Presidential Council.

KIM QUEK is the author of the banned book ‘The March to Putrajaya’ and best seller ‘Where to, Malaysia?’