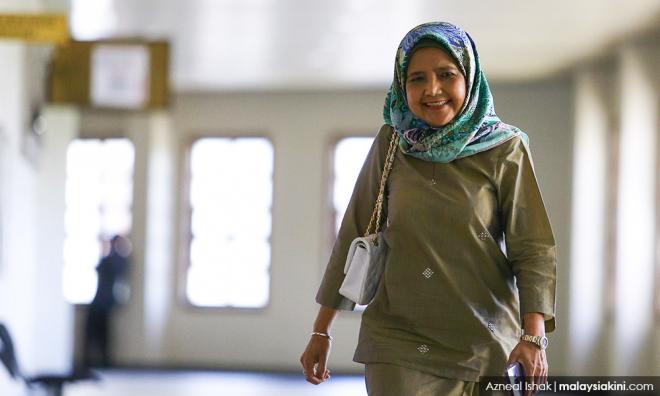 NAJIB TRIAL | Najib Abdul Razak was the "ultimate boss" of Retirement Fund Incorporated (KWAP) and his influence on the fund cannot be denied, the High Court in Kuala Lumpur was told today.

Witness Azian Mohd Noh (above), KWAP's former CEO, said this when describing the authority of Najib's handwritten note on SRC International Sdn Bhd's application for an RM3.95 billion loan in 2011.

"There was no legal compulsion (to comply), but I cannot say the same for the word "influence".

"The annotation in the letter came from the prime minister and the minister of finance, who is in charge of KWAP.

"He is my ultimate boss, so I cannot deny there is a certain amount of influence," Azian said during re-examination by DPP Ishak Mohd Yusoff...

Day 21: 'SRC board went to Switzerland to check if money still in the bank'
10 Jun 2019
Family friend slams seizure of home belonging to Jho Low's parents
3 Jun 2019
Gaps in testimony lead to poser over Najib-KWAP meeting
29 May 2019
Witness: Najib didn’t ask to lodge MACC report on RM42m transfer
29 May 2019