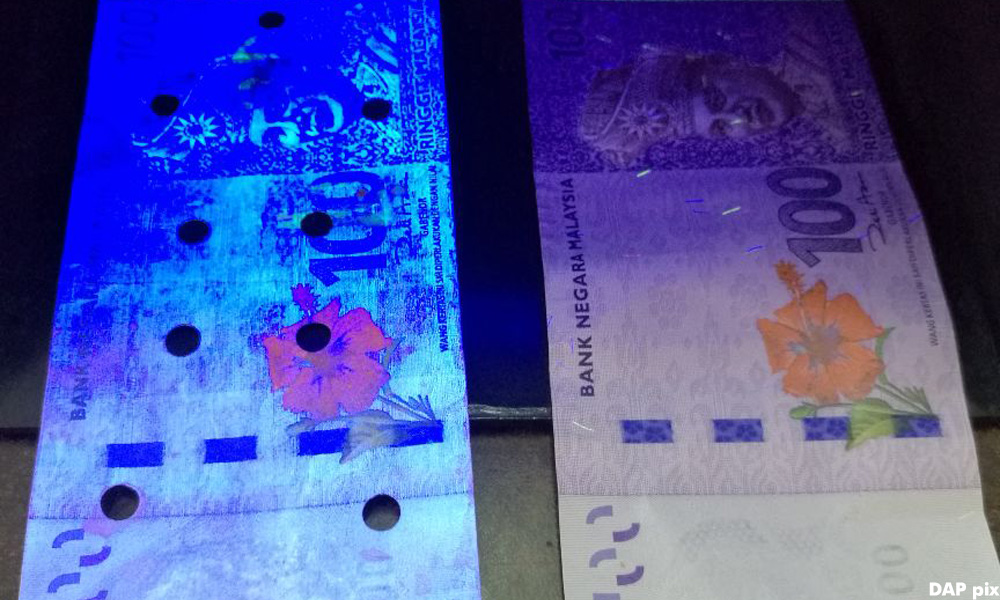 Members of the public, especially traders have been advised to be cautious when conducting businesses to avoid receiving counterfeit money.

This followed news that has gone viral on Facebook since yesterday about a woman in Kemaman who has been making purchases using fake RM100 notes.

Kemaman deputy police chief, DSP Mohd Haki Hasbullah, said those who have been victims are advised to lodge a police report.

"The traders who fell victim were mostly those conducting businesses on the roadside without banknote recognition devices... we believe the modus operandi of the suspect is to take advantage of this,” Mohd Haki said when contacted by Bernama in Kemanan, Terengganu, today.

He said despite their losses, until 10pm tonight, most of the victims have yet to lodge a police report.

Mohd Haki said the police were taking counterfeit money cases very seriously, and he called on people who have any information to come forward to assist in the investigation.

News of how traders were visited by a female customer in a Toyata Vios car who used fake RM100 notes to purchase to buy fried chicken and crackers, and who is then returned the purchase balance of about RM90 has gone viral.

One trader, upon realising he had been duped, was said to have chased after the woman by car up to Kijal, but failed to corner her.

Another trader, known as Iskandar, decided to upload the incident Facebook, after which news of the incident went viral.

fake notes
Related Reports
Day 21: 'SRC board went to Switzerland to check if money still in the bank'
a year ago
Fake! Viral photo of fatal accident with box-full of cash
2 years ago
Electrician charged with using fake cash to buy food
3 years ago
Probe needed on circulation of ‘fake’ RM100 notes in Kuching
3 years ago