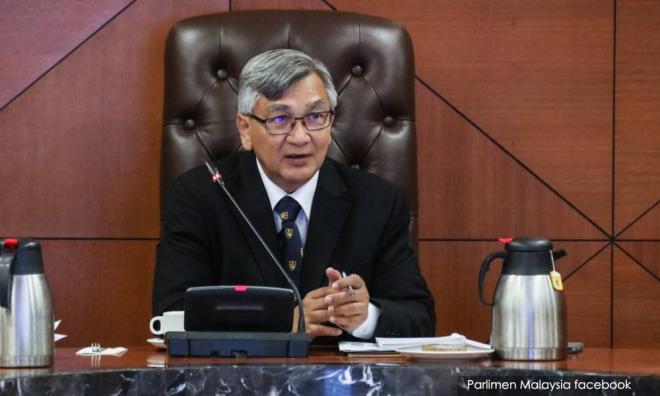 There is no need to amend the MACC Act 2009 to improve the procedure for the appointment of the MACC chief commissioner, Dewan Rakyat speaker Mohamad Ariff Md Yusof said today.

Ariff said the government had worked within the law in appointing new MACC chief Latheefa Koya.

"The appointment of Latheefa is governed by the act. No issue about it. The power lies with the Yang di-Pertuan Agong on the advice of the prime minister.

“The Parliamentary Select Committee (on Major Public Appointments) can’t say they disagree because the appointment has been made. It’s a done deal,” he told reporters at a Parliamentarians for Global Action on Protection of the Ocean briefing in Kuala Lumpur today.

Ariff was responding to reporters on Dewan Rakyat deputy speaker Nga Kor Ming's suggestion for the MACC Act to be amended.

According to Nga, the amendment must include a clause for a proposed appointment to first be referred to the PSC.

On June 4, the Prime Minister’s Office via a statement announced the appointment of lawyer Latheefa as MACC chief commissioner, effective June 1.

Latheefa took over the job from Mohd Shukri Abdull, who requested to shorten his contract which only expires on May 17 next year.

Ariff said the PSC was just a general oversight committee to scrutinise, not validate, whether the appointee was right and proper for the job.

“The PSC will be meeting this Thursday but I will not interfere with the committee’s role,” he said.