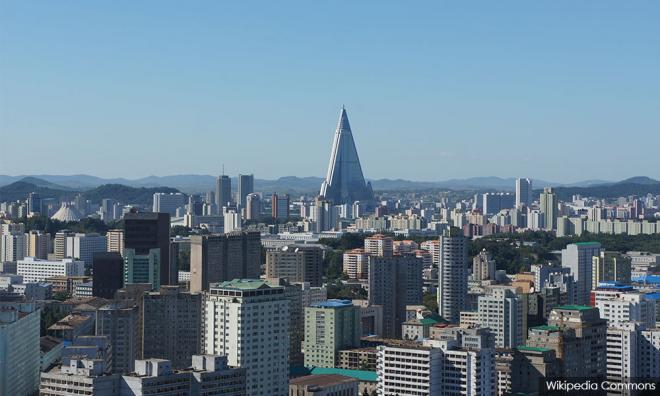 US President Donald Trump took a public stance against the use of CIA informants to spy on North Korean leader Kim Jong Un on Tuesday, saying it would not happen on his watch and possibly taking away a valuable tool of the US intelligence community.

Trump’s remarks to reporters on the South Lawn of the White House represented a fresh attempt by the president to cosy up to the North Korean leader, a policy that has drawn criticism for seeming to overlook Kim’s autocratic rule.

Trump spoke a day after the Wall Street Journal reported that Kim’s slain half-brother, Kim Jong Nam, was a source for the US Central Intelligence Agency. Kim Jong Nam was killed at the airport in Kuala Lumpur, Malaysia, in 2017.

His comments represented the latest in a series of instances in which he has appeared to be at odds with the US intelligence community.

The CIA had no immediate comment on the remarks.

Susan Rice, who was national security adviser for Trump’s Democratic predecessor, Barack Obama, tweeted her reaction to the remarks: “America, this tells you all you need to know about our so-called ‘Commander-in-Chief.’”

Nuclear-armed North Korea, a police state largely sealed off from the outside world that uses extensive networks of informants to spy on their fellow citizens, is considered a “hard target” by the US intelligence community because of the difficulty of recruiting agents.

Preventing the CIA from being able to recruit sources like Kim’s late half-brother or highly placed North Koreans would deny the agency valuable insights into its leadership and threats to regional and US security.

“The president should understand that to keep the nation safe, the CIA needs to be able to do its job gathering and analysing intelligence that will support the full range of diplomatic, military, and economic policies and initiatives,” Jung H Pak, a former senior US intelligence official who specialised in East Asia and is now with the Brookings Institution think tank, wrote in an email.

Washington is seeking to rebuild momentum in stalled talks with Pyongyang, aimed at getting North Korea to dismantle its nuclear weapons programme. Trump and Kim last met early this year in Hanoi but failed to reach a denuclearisation agreement.

Trump hailed what he called a “beautiful” letter he received from Kim. “I think that something will happen that’s going to be very positive,” he said, while giving no details.

Trump, who has described previous correspondence from Kim as “beautiful letters,” said the most recent one was a “very warm, very nice letter.” He repeated that he believes North Korea has “tremendous potential.”

After exchanging insults and war-like rhetoric with Kim early in his presidency, Trump in the past year has repeatedly praised him. They have held two summits as Trump tries to convert what he feels is a warm personal relationship into a diplomatic breakthrough.

North Korean state media called on the United States earlier on Tuesday to “withdraw its hostile policy” toward Pyongyang or agreements made at their first summit in Singapore might become “a blank sheet of paper”.

Trump, speaking a day before the one-year anniversary of their landmark Singapore summit, did not rule out another meeting with Kim. He is due to travel to Japan and South Korea later this month.

In May, North Korea conducted a “strike drill” for multiple launchers, firing tactical guided weapons in a military drill supervised by Kim.

Trump said at the time that those launches did not pose a problem in his eyes, although his advisers called them a violation of UN Security Council resolutions.

donaldtrump
kimjongun
northkorea
cia
Related Reports
N Korean leader's slain half-brother was a CIA informant: WSJ
a year ago
Vietnamese woman accused of killing Kim Jong-nam arrives in Hanoi
a year ago
Murder at KLIA2: The brazen attack on Kim Jong Nam
a year ago
Adelina, Rozita, Jong-nam - what on earth is going on?
a year ago