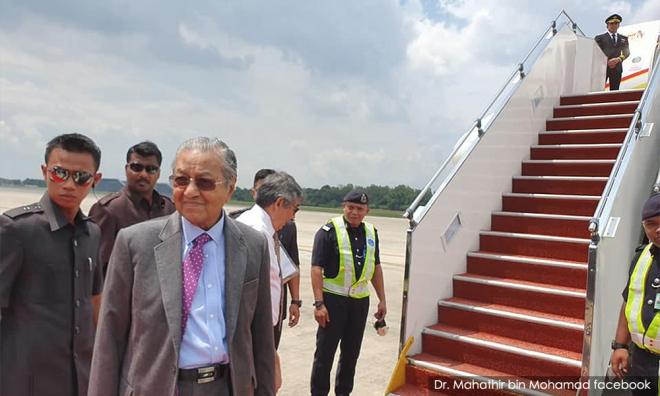 Prime Minister Dr Mahathir Mohamad will be making a three-day working visit to the UK from June 15.

According to Wisma Putra’s statement today, Mahathir’s itinerary includes delivering a talk titled “Democracy in Malaysia and Southeast Asia” at the Cambridge Union on June 16, which is expected to attract well-known UK personalities and academicians, as well as students from higher learning institutions.

He is also scheduled to meet students from the United Kingdom and Eire Council of Malaysian Students (UKEC), as well as Malaysians residing in the UK at an Aidilfitri do to be hosted by the Malaysian High Commission in London.

The prime minister will also attend the Human Life Advancement Foundation (HLAF) Board of Directors Meeting.

Founded in 2011, the HLAF is an international organisation active in the fields of education, technology transfer and sustainable development.

“As part of the Malaysian government’s continuing efforts to attract foreign investment, the prime minister will be meeting key investors and industry players in the UK to explore areas of cooperation to strengthen bilateral trade,” the statement added.

Over the last 10 years, trade between Malaysia and the UK has recorded a growth rate of two percent per annum with an annual bilateral trade ranging between RM12 billion and RM17 billion.

Wisma Putra said the working visit would ensure that the bonds of friendship between Malaysia and the UK remained strong for the benefit of both nations.