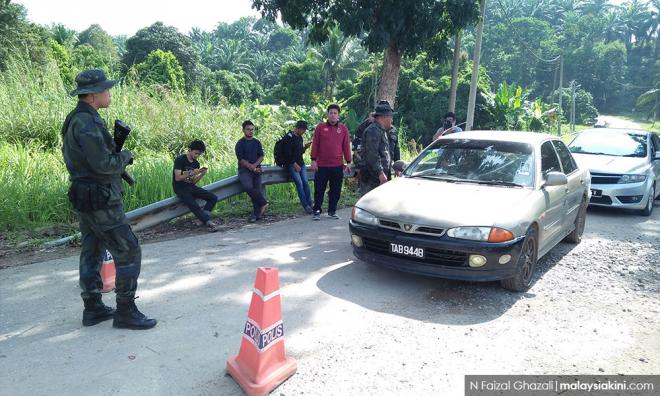 The Kelantan government is urging all parties to respect and obey the order for prohibition of entry into the Bateq Orang Asli settlement in Kuala Koh, Gua Musang.

Menteri Besar Datuk Ahmad Yakob said the decision was made on June 10 with all related agencies after taking into account various aspects, including the risk of infection.

“Together with the police and the Orang Asli Development Department (Jakoa), we decided that nobody will be allowed into the areas where there has been infection.

“Similarly, all assistance must go through Jakoa and only security staff will be allowed into the area so that we can standardise all actions until I feel this is no longer an issue,” he told reporters at the Kelantan PAS Open House here today.

Ahmad said the state government sympathised with the Batek tribe in Kuala Koh over what has happened.

“We accept full responsibility and they will receive assistance from Jakoa,” he said.

On mining activities in the state, Ahmad said the state government had previously issued licences to a company to mine manganese ore without using water.

He said the company had also applied to extend its tenure but the state government was still studying the request.

“We are studying the final reports on the request. If it does not abide by the regulations, the state Land and Mines Office will take action,” he added.