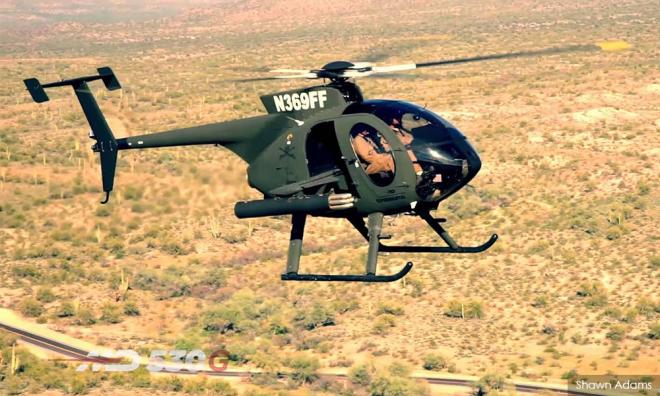 The Defence Ministry today lodged a report with the Malaysian Anti-Corruption Commission (MACC) over the purchase of six helicopters worth more than RM300 million in 2015, which has yet to be received by the Malaysian Armed Forces to date

The report was filed by the ministry's representative at the MACC Headquarters.

According to the ministry's source, the McDonnell Douglas MD530G lightweight combat helicopters (above) were supposed to be received in two phases, namely two in July 2017, and the rest in December 2018.

The source said the terms of the purchase agreement did not safeguard the interests of the government, which included clauses such as "the contract is valid for two years, or, until the local company appointed as the agent successfully delivers the helicopters."

According to the source, the approval for the purchase of the military assets in November 2015 was not done according to set procedures.

"The contract was done via direct negotiation with the agency, while many terms of the contract were not favourable to the government, for example, the contract was approved without any military specifications, a mandatory requirement in the purchase of military assets," the source said.

He said McDonnell Douglas had cancelled the local company's contract as its agent in Malaysia, by the time the helicopter purchase agreement was signed.

The source added the Malaysian government had paid RM112.65 million, which was 35 percent of the total cost of the acquisition, to the company.