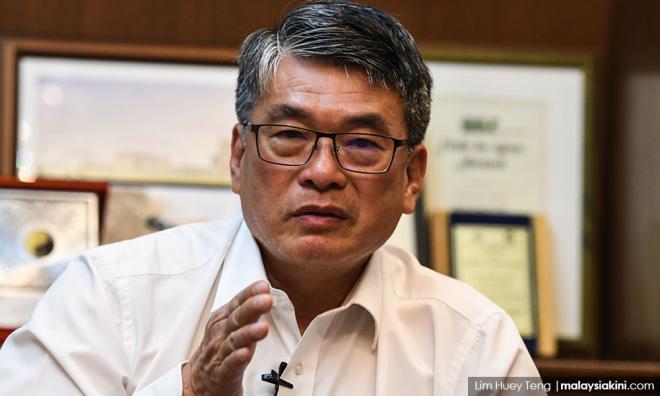 The Parliamentary Select Committee (PSC) on Major Appointments will summon newly-minted MACC chief Latheefa Koya next week to question her on three aspects.

PSC chief William Leong (photo, above) said Latheefa would be grilled on her impartiality as a former politician.

“She (also) has no experience in investigating corruption cases, and we want to know how she will deal with this," Leong was quoted as saying by The Star.

The third matter would be on her vision and mission to fight corruption.

The PSC has set June 20 for its appointment with Latheefa.

The former PKR member’s appointment to the anti-graft body came after Mohd Shukri Abdull decided to shorten his term as MACC chief commissioner.

Prime Minister Dr Mahathir Mohamad has said that he unilaterally picked her to fill the spot.

Latheefa’s appointment has been met with criticism, basically because she was a PKR member and also because her appointment was not vetted by Parliament.

Leong said the PSC would not question the validity of her appointment, but only on how she will do her job.

Previously, Latheefa had recused herself from any involvement in an MACC probe into PKR deputy president Azmin Ali, whom she was aligned to, leaving investigations completely in the hands of her deputy.

She has three deputies, but MACC deputy commissioner (operations) Azam Baki is in charge of this investigation.