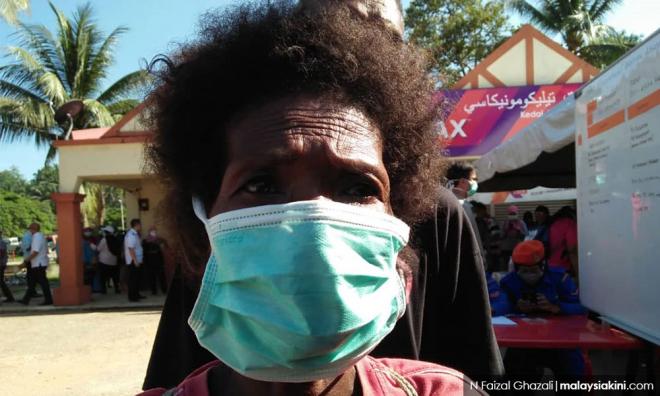 The Orang Asli community in Kampung Kuala Koh received various assistance, mainly food supply, from concerned parties following the news that its members have been afflicted with pneumonia almost two weeks ago.

Orang Asli Development Department (Jakoa) director-general Juli Edo said the contribution was not only from the government departments and agencies but also from individuals, together with dozens of NGOs.

Juli said that his department had received various forms of donations to alleviate the burden of the villagers in Kampung Kuala Koh from the moment the news of the tragedy was known to the public.

“We are very touched to see such overwhelming contribution that shows we all are thinking of the best assistance to be given to the villagers,” he told the media at the Gua Musang Hospital (HGM) compound in Gua Musang yesterday.

He said that the aid could not be sent directly to the Orang Asli in the village after the area had been declared a 'red zone'.

He added that the aid would be collected and placed at Ladang Aring 10 first, after which these would be distributed to the Orang Asli by a particular agency.

“The Orang Asli residents in the village are concerned with the restriction on their movements, but thus far they have adhered to it,” Juli said.