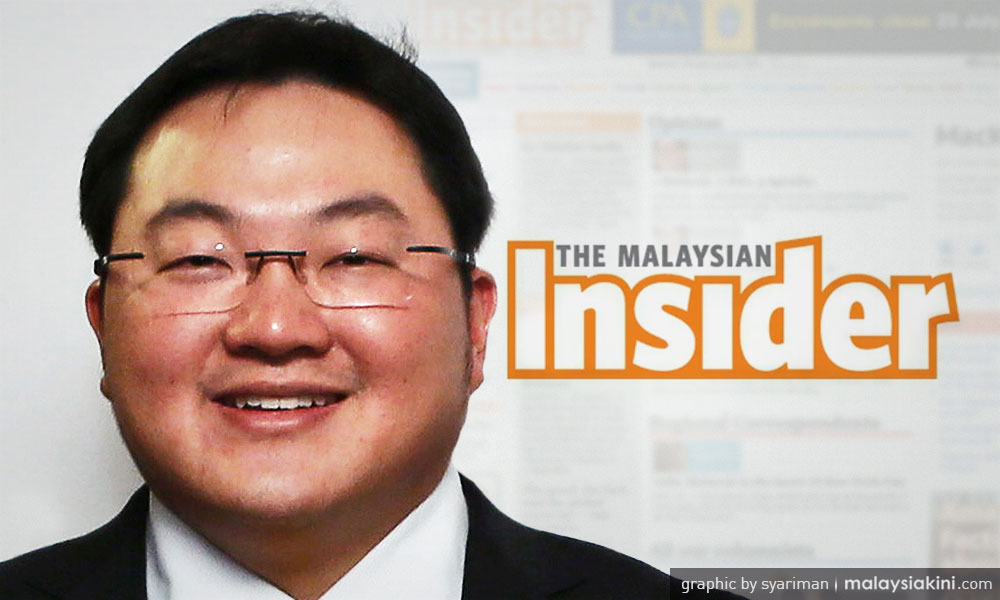 Fugitive financier Jho Low had given a whopping US$9 million (now RM37.5 million) to bankroll former news portal The Malaysian Insider (TMI) back in 2010, a news report said.

According to a report in The Edge today, Low stepped in as the now defunct site had been under attack from Umno bloggers who alleged it was undermining then prime minister Najib Abdul Razak’s administration.

At the time, Low, whose full name is Low Taek Jho, was a close associate of Najib and had just come off the back of the joint-venture deal between PetroSaudi International Ltd and 1MDB a year earlier.

According to The Edge, Low stepped in to fund TMI to “diffuse the tension between TMI and the Najib group”.

The funding from Low had previously been alluded to in 2013, by Edge-owned FZ.com which reported that TMI received financial "help from a 30-something Penang-born businessperson with close ties to the current BN leadership".

Cheah and Shaik had reportedly funded PR company Fox Communications Sdn Bhd which did work for Low in relation to the PetroSaudi joint venture.

Citing sources, The Edge reported that Cheah and Shaik started TMI in 2007 to support the administration of Najib’s predecessor Abdullah Ahmad Badawi in the lead-up to the 2008 general election.

However, both men allegedly did not make their affiliations to the news portal known at the time.

The portal was accused by pro-Najib groups of defaming the Najib-government, and journalist-turned-businessperson Kalimullah Hassan was made to deny back in 2010 that he was behind Efficient E-Solution that was backing the site.

“To help diffuse the tension between TMI and the Najib group, Jho Low stepped in to take over the funding of TMI in 2010, paying US$9 million without his name surfacing."

TMI was later sold to The Edge Media Group, which published The Edge Malaysia, in 2014.

In its report, the group claimed it had only known the identity of one of two shareholders it bought the portal from and had not been aware of Low’s funding of the site.

TMI eventually ceased operations in 2016 for “commercial reasons” although many speculated this was related to the blocking of the portal by the Malaysian Communications and Multimedia Commission (MCMC) over an article on Najib earlier that year.

When contacted today, TMI then-chief executive officer Jahabar Sadiq said he has no knowledge of the matter.