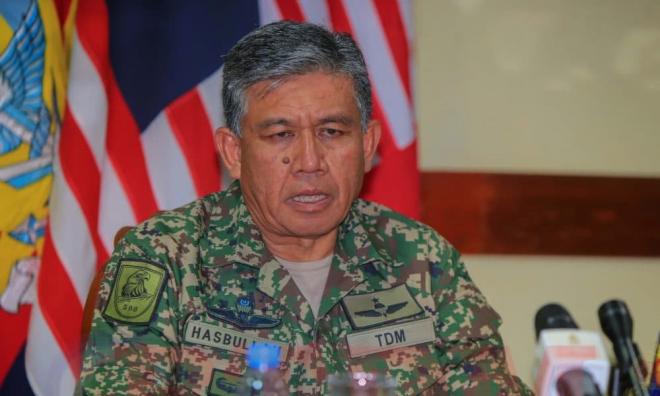 Army chief Ahmad Hasbullah Mohd Nawawi says that soldiers who engaged in immoral activities are not worthy to wear the uniform.

Hasbullah was referring to reports on a video of a man engaging in pornographic activities while wearing the army uniform, which went viral on social media recently.

Speaking to reporters at an Aidilfitri celebration in Kuala Lumpur for the army yesterday, he said action would be taken if the incident involving a soldier did indeed take place.

The four-minute video is believed to have been traced to a WhatsApp group for retired army personnel. A police report on the matter was lodged in northern Seberang Perai.

The public affairs unit of the armed forces said in a previous statement that the incident was under investigation.