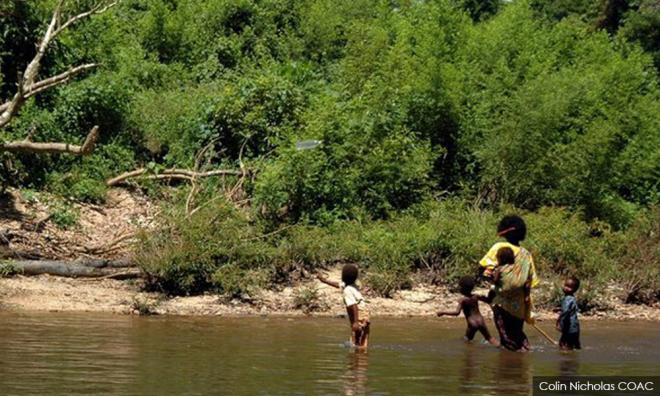 Police are expected to bring out four more bodies of Bateq tribespeople in Kampung Kuala Koh that were found in the 'Operasi Bateq' search operation today.

Kelantan police chief Hasanuddin Hassan said a police forensics team, aided by 12 Orang Asli men, will enter the jungle area for the recovery operation and that the bodies are expected to be brought out by this evening.

Hasanuddin said, however, that the success of the operation will also depend on the weather and distance.

“If the weather is good, we will proceed, but if it rains heavily, then the operation to bring out the bodies will be postponed.

“The journey to the location of the four bodies will take four or five hours. If we use a boat, it will take us two hours, but it would be difficult if it rains,” he told reporters after a Kelantan Police Contingent Headquarters (IPK) monthly gathering in Kota Bahru today.

Hasanuddin explained that if it rains heavily today, it will be difficult for the search team in the forest, as they are likely to face risks like decayed tree branches falling on them.

Besides weather and distance, the operation will also take into account Bateq customs, as the bodies cannot be "taken out just like that," he said.

“As we said before, there are 12 bodies in all. Only until all bodies are brought out and identified by their next of kin can we verify it.

“We found bone fragments (of the bodies) and identities can only be confirmed through DNA tests,” he said.

Hasanuddin added that police also will record statements from family members of the victims after all the bodies are brought out.

He said some of the family members are most likely to have migrated, and some perhaps would have died (during migration) and buried in the area.

In the space of a month, 14 Bateq villagers in Kampung Kuala Koh died under mysterious circumstances.

The cause of the deaths has yet to be ascertained, but the victims are reported to have suffered from breathing difficulties. A pneumonia outbreak is suspected.