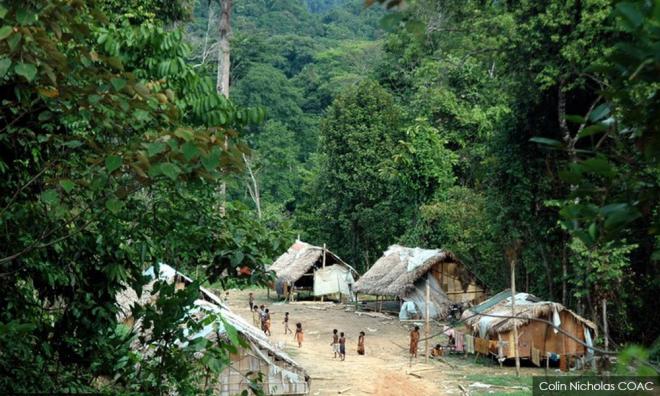 Worried about the presence of "uninvited guests" from Kampung Kuala Koh, Gua Musang, more than 150 Orang Asli from the Semaq Beri tribe have reportedly left their homes at Sungai Berua over the past two weeks.

An observation by Bernama at Kampung Gerdong, a temporary settlement site for the Semaq Beri, found nearly 26 camps and huts built in the village area.

He said he was later informed that the Bateq people were running away from a mysterious illness that hit their community and caused so many deaths.

"First, two of them came, then more came and informed us that some had died. I thought they wanted to get treatment from the health clinic here (Sungai Berua) but after some time, they were becoming sick.

"I did not want the Semaq Beri tribe to fall sick, and that is why we decided to move to a new place.

"Everyone in this village has family ties and are like my family," he said, admitting the tribe will only return when they are confident the situation is safe.

A crisis has hit the Bateq in Kampung Kuala Koh, with 14 dying of an unexplained disease over the space of a month.

The cause or causes of the deaths have yet to be ascertained, but the victims were reported to be suffering from breathing difficulties. A pneumonia outbreak is suspected.

The settlement of the Semaq Beri started 35 years ago, when they shifted from Kenyir Lake following the construction of the water plant there.

According to Ibrahim, Semaq Beri parents usually hunt in the forest, leaving their children at home. Given the question marks over the disease, however, parents are starting to bring their kids along on the hunt.

“I understand that it is their lifestyle to move from one place to another, but it gives a poor impact on their children.

"Some of them have promised to return to Sungai Berua in a few days. So far, there are no health cases in Sungai Berua,” he told Bernama.

A Semaq Beri tribe member, Samad Kelapa, said he will stay in Kampung Gerdong for few days to ensure no health issues arise, and at the same time, seize the opportunity to collect rattan to be sold.

Although practising a nomadic lifestyle, he said he still gives importance to his two children’s education at SK Sungai Berua.

One of his children, he said, is often held as an example to other students for his cleanliness and attendance.

The school’s headmaster Suhaimi Abdul Latif said every time Orang Asli tribes move, most of the children are taken out from school for a long time, with the school forced to track them at their new settlement area and persuade the parents.

"The total number of students registered is 104, but now (with those having left their home) it has decreased to about 30 students,” he said.