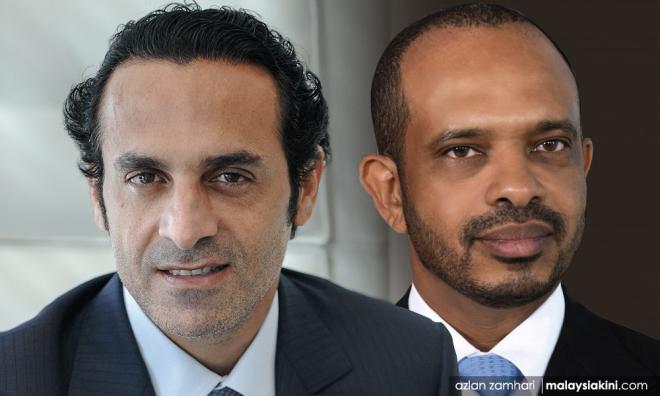 Two men connected to the 1MDB scandal have been convicted and sentenced to jail in Abu Dhabi for financial crimes.

Mohammed Badawy al-Husseiny, who ran an IPIC subsidiary, was sentenced to 10 years.

Qubaisi and Husseiny were also ordered to pay €300 million (1.4 billion) – half to IPIC, which was referred to as the "victim company," and the remainder as a penalty.

"The (Abu Dhabi Criminal Court) press release didn't identify the men by name, but people familiar with the judicial actions confirmed the unnamed defendants were Qubaisi and Husseiny," WSJ reported.

"Lawyers for both men and a representative of the Abu Dhabi Criminal Court declined to comment on the charges."

The court statement only noted that Qubaisi, referred to as the "first defendant,” was convicted of "exploiting his job and unlawfully appropriating €149 million (RM697 million) after selling shares he owns for the company he heads, without disclosing his ownership of the shares, for €210 million (RM983 million)."

However, the WSJ pointed out that both convictions were not related to the 1MDB scandal.

The court statement also said that the investigations into Qubaisi were part of a broader probe in Abu Dhabi into allegations of corruption.

"Second defendant" Husseiny was convicted of "exploiting his position and facilitating the seizure of the company’s money" by Qubaisi.

Previously, Qubaisi claimed that he was unfairly being made a scapegoat in the scandal, and that Abu Dhabi was forcing him to turn over his personal assets.

He said he had steered IPIC to become a key business partner of 1MDB with the full knowledge of senior UAE officials.

He alleged, however, that he is now being made a scapegoat by Abu Dhabi after the deal soured and billions of dollars vanished from the sovereign fund.

Qubaisi, who was being held at the Al-Wathba prison at that time, reportedly said his plan was to "die here in this place (prison) or get out."

According to the civil forfeiture suits of the US Department of Justice, Qubaisi used US$471 million (RM1.96 billion) of allegedly stolen funds in a Luxembourg account to buy real estate in the United States, among others.

These assets are being targeted by the DOJ.