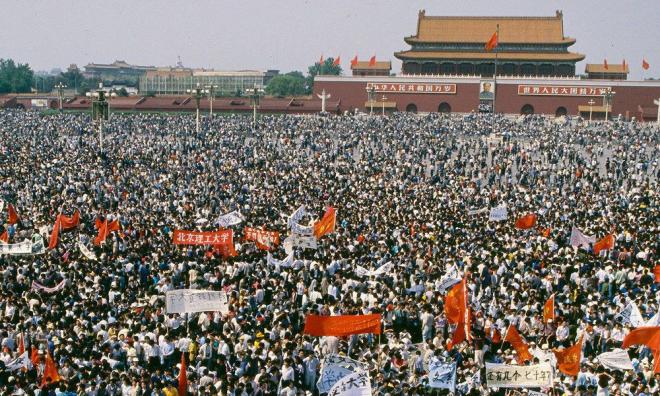 Wang Dan and 21 others, backed by the group Chinese Human Rights Defenders, said they had submitted the complaint to the UN Human Rights Council, a Geneva forum which opens a three-week session on June 24.

“We request the HRC investigate the gross violations of human rights and fundamental freedoms committed by the Chinese government during its military assault on peaceful protests,” they said in statement.

They also sought action over “the consistent pattern of human rights violations in persecuting Chinese citizens during the past three decades who broke the silence” about the events of June 3-4, 1989.

The anniversary remains taboo in China. Beijing has not held a public inquiry nor permitted an independent investigation, the statement said.

Beijing enjoys strong support among developing countries at the Human Rights Council, a 47-member state forum that has never adopted a resolution on China since being set up in 2006.

A council spokesperson was not in a position to provide any information, noting that communications lodged via the complaint procedure were confidential.

“The massacre 30 years ago has not ended yet. The Chinese government even determined that the victims were criminals and a large number of exiles are still deprived of their right to return to their own country,” said Wang, who lives in the United States.

China has never provided a death toll for the 1989 violence, but rights groups and witnesses say it could run into the thousands.