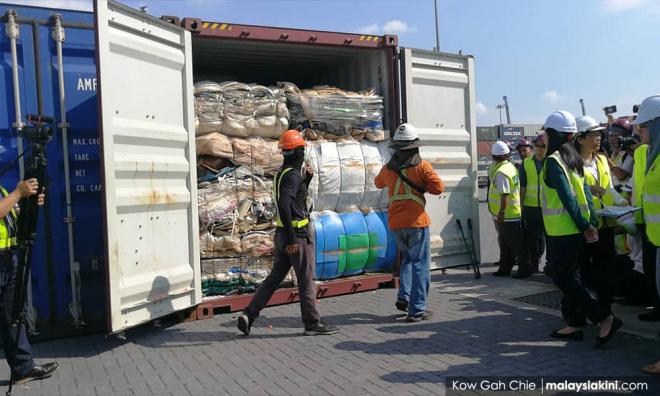 The High Commission of Canada in Kuala Lumpur today clarified media articles on Ottawa's alleged position on accepting plastic waste that originated from Canada but currently parked in Malaysia.

"To clarify, the statement in question was a response from ECCC to a question from media as to whether a ship currently coming from the Philippines would pick up waste in Malaysia while on its way to Canada.

"ECCC’s answer was that there were no plans for that particular ship to stop in Malaysia," he said.

Dayalan said that taken out of this context, the statement as reported in the media articles was not factually correct.

"The government of Canada is working closely with Malaysian authorities to address any issues related to the shipment of waste from Canada to Malaysia," he said.

Last Friday, Reuters quoted Lamontagne as saying that Ottawa has no plans to pick up plastic waste that originated in Canada and is currently parked in Malaysia.

In an email statement to Reuters, Lamontagne said, "there are no plans for the Canadian government to pick up waste in Malaysia."

He reportedly added that Canada received no information about any shipment of waste from Canada to Malaysia, and said the ministry has reached out to the Malaysian government for details.

Last month, Energy, Science, Technology, Environment and Climate Minister Yeo Bee Yin had labelled those who smuggle in plastic waste as "traitors" and that 60 containers of the unwanted materials would be sent back to their countries of origin.