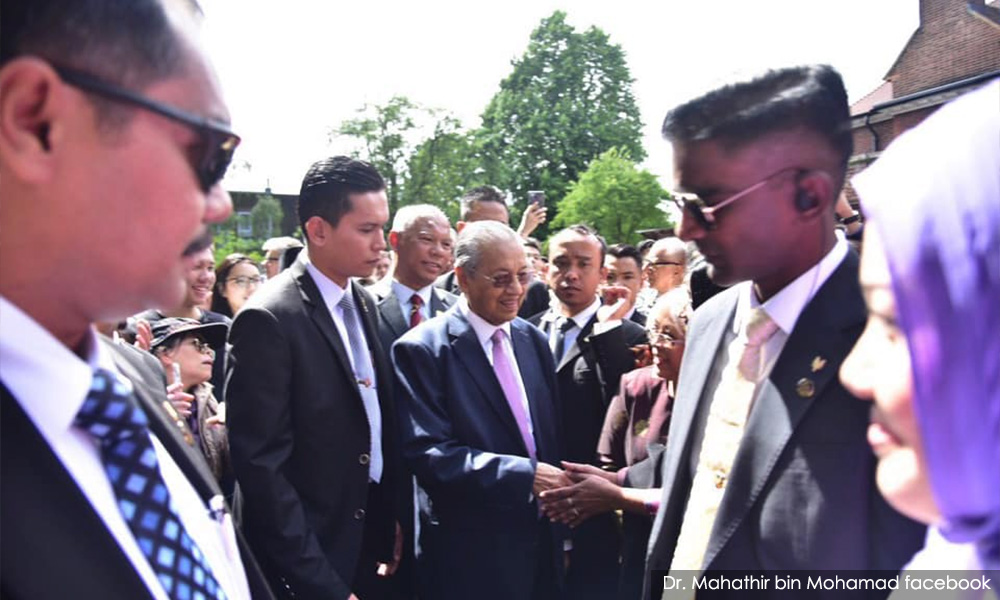 Malaysia seeks investments in the high-technology sector in line with the country’s goals of providing high income for its people, said Prime Minister Dr Mahathir Mohamad in London today.

“This is our need today... Our people are now better trained and many are graduates from universities and we cannot expect them to do manual work like assembling things like we used to do before.

“We need them to be engineers who will be working with new equipment, new machinery and will be familiar with the need to maintain and repair the machines that do the work,” he said in his opening speech during a roundtable meeting with the British business community organised by the Malaysian Investment Development Authority (Mida) and Malaysia External Trade Development Corporation (Matrade).

The roundtable was one of the itineraries of Mahathir’s three-day working visit to the United Kingdom beginning last Saturday.

“We are already receiving FDI (foreign direct investment) and we have acquired lots of foreign technologies and today, of course, we are into IT (information technology) and want to exploit the new business and methods so as to grow our country as fast as possible.

“Of course, when we were small, we were growing at a rate of 11 or 12 percent. But now with a bigger economy, growth of the same volume will be reflected by a smaller percentage.

“So we are still growing at a rate of more than four percent and we hope we can do better this year with 4.4 or 4.6 percent,” he said.

Mahathir also pointed out at the outset of the roundtable that Malaysia’s policies were not far from the original ones and it still needed investments to grow.

While there were domestic investments, he said they were far too small to bring enough technologies to upgrade the earnings of the people.

Mahathir said Malaysia was very comfortable with UK investors as English is also spoken in Malaysia and this could help facilitate businesses.

“I think British investors will find Malaysia a very comfortable place to invest and I hope to hear from you, what you would like us to do in order to make Malaysia more attractive,” he said.

The prime minister pointed out that Malaysia was already a business-friendly nation and was ever ready to fine-tune its policies to accommodate investors as business creates jobs and wealth for the country.

Dr Mahathir Mohamad
London
investments
Related Reports
'Azmin preferred Pakatan Rakyat to Harapan, didn't back Dr M at first'
a year ago
Dr M engages audience with wit, humour at Cambridge talk
a year ago
Mahathir adds glitter to London Raya do
a year ago
Dr M banks on the young generation for a brighter future Malaysia
a year ago