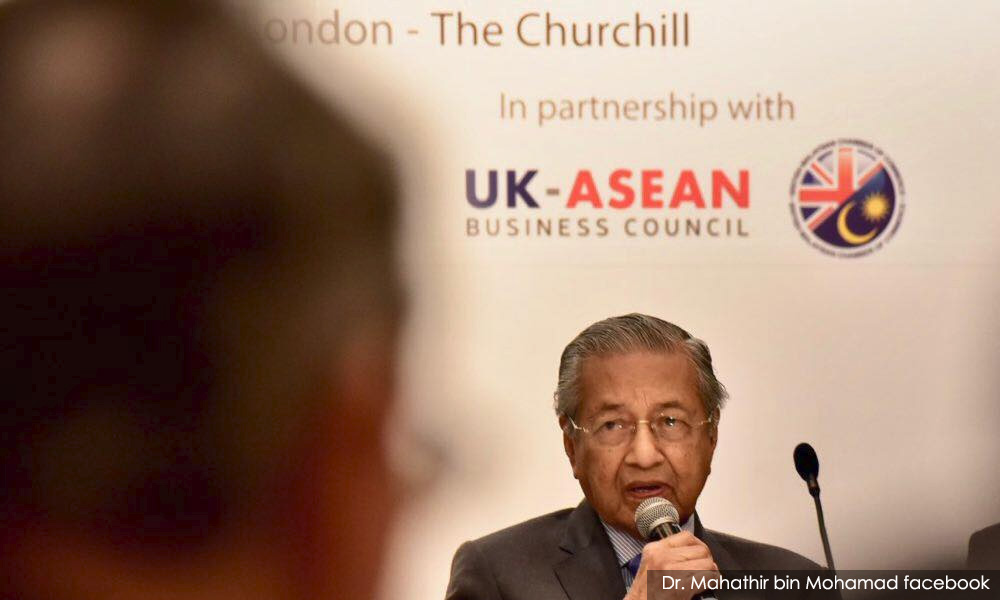 We are free to reject Western influences - Dr M

Western countries are often seen forcing other nations to accept what they practised, for example, pertaining to the ideology of communism, capitalism, socialism and the lifestyle of the lesbian, gay, bisexual, and transgender (LGBT) community.

Prime Minister Dr Mahathir Mohamad said the LGBT lifestyle was a shift in the Westerners’ moral values and they wanted to force that lifestyle on other countries.

“We have our own culture and we cannot accept anything that contradicts our culture, our traditions and our religions.

“In addition, Westerners always talk about freedom. That means we are free to reject practices that are unsuitable for us,” he told a media conference in London yesterday, before concluding his three-day working visit to the United Kingdom.

Mahathir said this when asked on the issues of LGBT that were brought up during the question-and-answer session after his speech at the Cambridge Union on Sunday, in which he said there was still pressure for Malaysia to accept the LGBT lifestyle.

“That’s how they exert their pressure and they managed to influence some Malaysians, including some Muslims and Malays who think that one of the manifestations of freedom is the right to accept what is practised in the West.

“For example, in the West, (the importance of) the institution of marriage is being disregarded and the family institution is no longer accepted. Couples can live together unmarried.

“That’s their way. We don’t have to agree to it. We have our own values that we hold on to and must be proud of (the value of our lives). Don’t simply follow the West,” he said.

During his three-day working visit to the UK, Mahathir was accompanied by Foreign Minister Saifuddin Abdullah, and Youth and Sports Minister Syed Saddiq Syed Abdul Rahman.