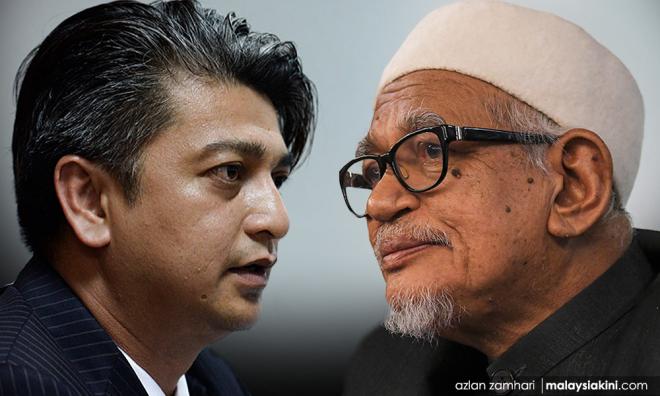 Amanah Youth has slammed PAS president Abdul Hadi Awang (above, right) for claiming that 30 percent of the youths who voted for Harapan in the 2018 general election did not study the Quran.

Its deputy chief, Faiz Fadzil (above, left) said Hadi's statement was a naive and insulting remark against the intellectual capacity of the youths in the country.

"PAS was acting as though it did not recognise the wisdom and maturity shown by the youths in the practice of democracy by ousting the BN administration peacefully.

"These youths made the decision as they were fed up with the previous corrupt government and the economic crisis that impacted them.

"Their bold decision to save the country from the BN showed that they are highly intellectual," Faiz said in a statement today.

Faiz, who is Permatang Pasir state assemblyperson, went on to accuse PAS of harping on racial sentiments.

"The racial doctrine brought by PAS must be rejected thoroughly by the youth.

"The racial sentiment advocated by PAS, together with its new ally Umno, will (only) deepen the racial hatred that threatens the harmony and economy of the country," he said.

Faiz said the cooperation of PAS and Umno was based on a racial agenda instead of the economy and the rakyat and this would not be beneficial to the country.

Hadi drew flak for criticising that youths who voted for Harapan in the last general election were ignorant of the Quran.

The PAS president also claimed that these youths did not study religion, but only studied their mobile phones, Facebook and WhatsApp.