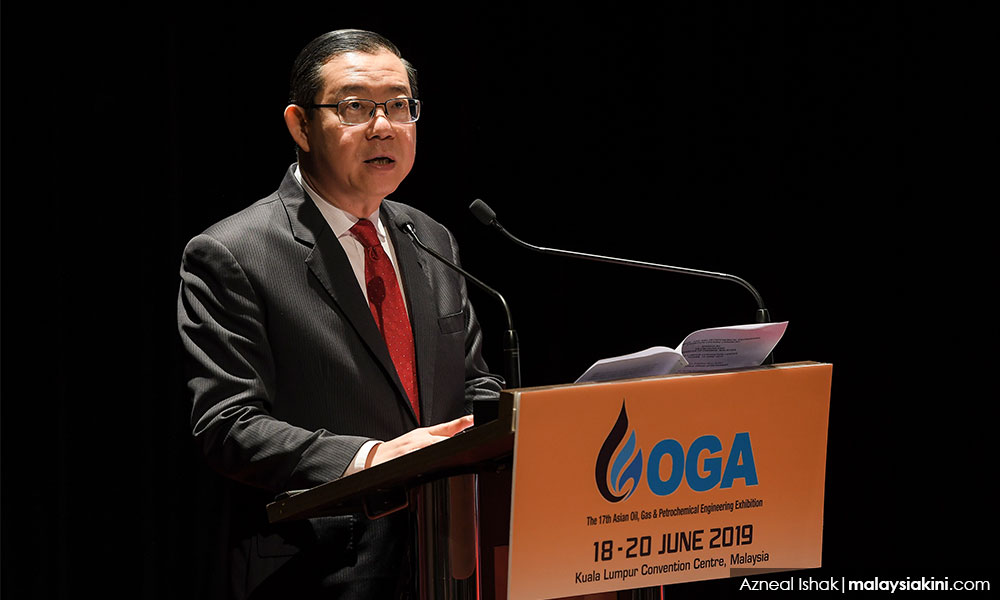 The Refinery and Petrochemical Integrated Development (Rapid) project is set to begin commercial operations in the fourth quarter (Q4) of this year, says Finance Minister Lim Guan Eng (photo above).

He said the project would turn Malaysia into a net exporter of refined fuels for the first time since 2008.

"This (Petronas and Saudi Aramco) joint venture marks a historic partnership between two of the world’s most successful national oil companies.

"The collaboration brings together vast resources, technologies, experience, expertise and commercial presence, much to the benefit of both companies and both countries," he said in his opening speech at the Asian Oil, Gas and Petrochemical Engineering Exhibition (OGA) today.

Lim said Malaysia’s oil and gas sector is moving up the value chain to protect the country from excessive volatility seen in the upstream business segment.

"As Malaysia moves up the value chain in the oil and gas sector, it is also important to remember that the country is a diversified economy.

"In 2018, mining accounted for about 8.0 percent of the country’s gross domestic product, while manufacturing contributed 22 percent and services 57 percent," he said.

Lim said the country is also benefiting from the ongoing trade war between China and the United States through business relocations as well as trade and investment diversions.

The reorientation of the global supply chain and Malaysia's competitiveness saw the country's approved foreign direct investment (FDI) in the manufacturing sector surging 127 percent to RM20.2 billion in Q1 2019 from RM8.9 billion a year ago, the finance minister said.

Lim added that the total approved FDI across all sectors in Q1 also rose 73.4 percent year-on-year to RM29.3 billion from RM16.9 billion previously.

"This shows that Malaysia is the preferred safe haven in the region, due to its open door policy, excellent infrastructure, highly-skilled workers and business-friendly government policies, among others," he said.

The three-day OGA which kicked off today showcases the latest cutting edge technology in the oil and gas industry, involving 2,000 companies from 60 countries.