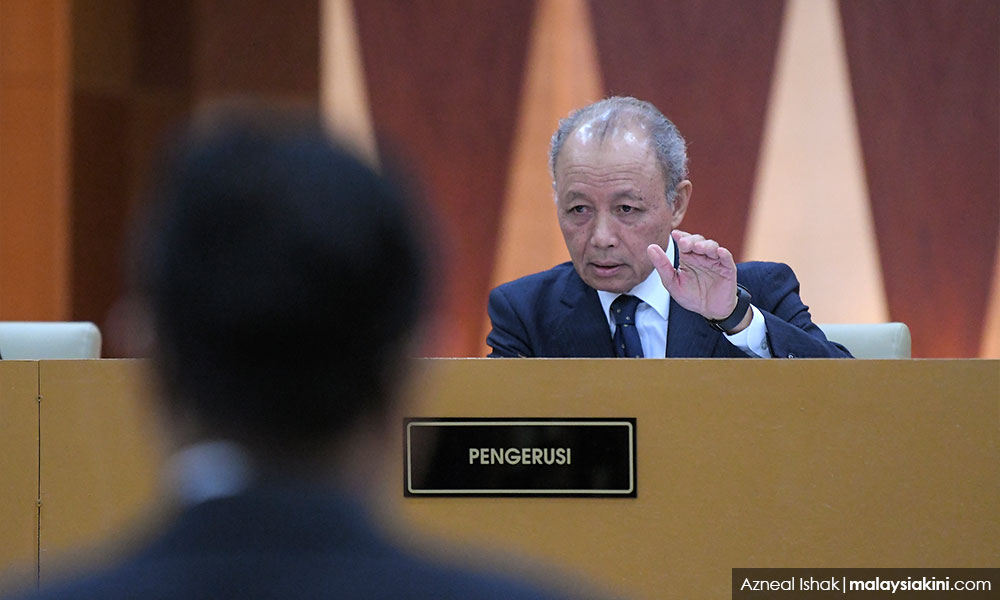 RCI to present Wang Kelian report to the king in Sept

WANG KELIAN RCI | The final report and recommendations of the Royal Commission of Inquiry (RCI) on the discovery of transit camps and mass graves in Wang Kelian, Perlis, will be presented to Yang di-Pertuan Agong Sultan Abdullah Sultan Ahmad Shah in early September.

RCI chairman Arifin Zakaria said the report and recommendations would be prepared based on the findings during the 17-day inquiry involving 48 witnesses since April 17.

He said after 17 days of inquiry, the public hearing concluded today.

“We have two months for that purpose, and ‘Insya Allah’ (God willing) we can present the report to the Yang di-Pertuan Agong in early September,” he said.

Speaking at a press conference after chairing the RCI's last day of inquiry, Arifin said thus far, he was satisfied with the proceedings and the findings.

He also admitted that the police had done their best in handling the case.

“There are just a few things, like when we wanted to have witnesses from Thailand but did not receive the best cooperation ... so it’s hard to get the whole picture.

“However, I think the RCI's target has been achieved, which makes it easy for us to make recommendations such as improvement to be made in terms of border control security, as well as cooperation with international agencies,” he said.

Asked whether the recommendation would be made public, Arifin, who is also a former chief justice, said the commission would leave it to the government to decide on the matter.

Meanwhile, RCI deputy chairman and former Inspector-General of Police Tan Sri Norian Mai said the decision on whether the case should be reopened would depend on the findings and discussions of the commission members later.

The RCI, which was set up with the consent of the King on Jan 29, was held at the Home Ministry’s Dewan Gemilang which has been converted into a courtroom.

It was held following the discovery of 139 graves and 28 human trafficking camps found at the peak of Bukit Wang Burma in Wang Kelian, located at the Malaysia-Thailand border.

The RCI, among other things, was aimed at examining all documents and evidence relating to the case of temporary camp plots and graves in Wang Kelian.