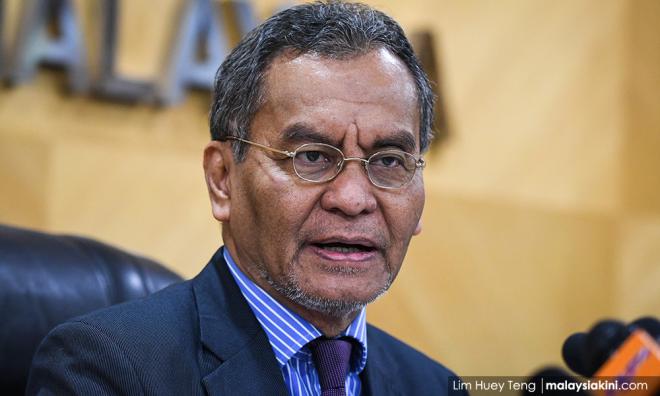 He said they were among the 12 cases of suspected measles reported in Kampung Gerdong and eight cases in Kampung Ulu Sat.

Dzulkefly (above) said initial investigations found that there was a contact or travel history between the patients in Hulu Terengganu with the Orang Asli community from the Batek tribe in Kampung Kuala Koh, Gua Musang, Kelantan.

“For the cluster in Jerantut, there is a travel history of the people in Kampung Ulu Sat to Kampung Gerdong.

“All these 11 cases were diagnosed through lab tests and case detection, while the public health surveillance is still ongoing,” he told a press conference after launching the Mental Health Experiential Conference 2019 (MyMHEC2019) in Petaling Jaya today.

As at yesterday, 10 Orang Asli had been admitted to the Hulu Terengganu Hospital in Kuala Berang, one of whom hailed from Kampung Sungai Berua in Hulu Terengganu.

Meanwhile, when asked on plans to quarantine the people in those affected areas, Dzulkefly said the areas had been cordoned off to prevent the spreading of the disease.

“It is not easy to carry out a quarantine on the community as they are nomadic people and they do not welcome the idea of consolidating everyone in a certain area. For now, all three locations of the Orang Asli communities have been cordoned off from any travelling,” he said.

So far, 15 deaths of Orang Asli in Kuala Koh have been recorded, with the autopsies showed that two of them had died of pneumonia, while another, a three-year-old boy, died of measles complication.

The results of the autopsies on the 12 other bodies, however, will be known in a few days’ time, the minister said.

“The forensic team is in the midst of carrying out further investigations on the bodies to ascertain their actual cause of death,” he added.