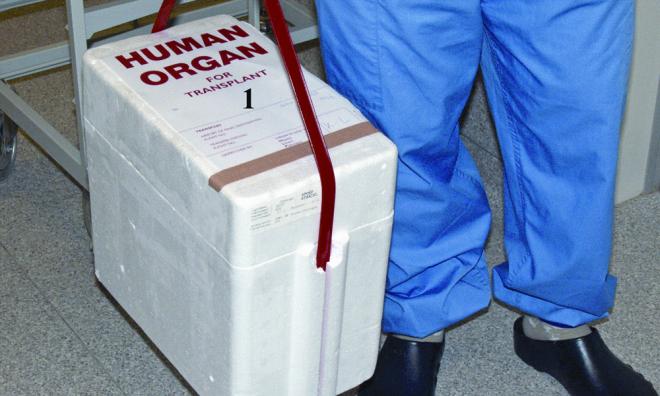 China is murdering members of the Falun Gong spiritual group and harvesting their organs for transplant, a panel of lawyers and experts said on Monday as they invited further investigations into a potential genocide.

Members said they had heard clear evidence forced organ harvesting had taken place over at least 20 years in a final judgement from the China Tribunal, an independent panel set up by a campaign group to examine the issue.

Beijing has repeatedly denied accusations by human rights researchers and scholars that it forcibly takes organs from prisoners of conscience and said it stopped using organs from executed prisoners in 2015.

But the panel said it was "satisfied" that the practice was still taking place, with imprisoned Falun Gong members "probably the principal source" of organs for forced harvesting.

Falun Gong is a spiritual group based around meditation that China banned 20 years ago after 10,000 members appeared at the central leadership compound in Beijing in silent protest. Thousands of members have since been jailed.

It was less clear if the Uighur Muslim minority had been victims, the tribunal found, though it said they were vulnerable to "being used as a bank of organs".

"The conclusion shows that very many people have died indescribably hideous deaths for no reason," said the tribunal chairperson Geoffrey Nice in the judgement.

Chinese government regulations say human organ donation must be voluntary and without payment, said a spokesperson for the Chinese Embassy in London.

"We hope that the British people will not be misled by rumours," said a spokesperson in an e-mailed statement sent before the tribunal's final judgement was released.

The China Tribunal was set up by the International Coalition to End Transplant Abuse in China, a campaign group, charged with examining whether crimes had been committed as a result of China's transplant practices.

The seven-member panel found it was "beyond doubt" that forced organ harvesting from prisoners has taken place "on a substantial scale by state-supported or approved organisations and individuals" in an interim judgement released in December.

The panel said its findings were "indicative" of genocide but it had not been clear enough to make a positive ruling, particularly since some Falun Gong prisoners had been released and profit was also a likely motive.

It noted that it was open to governments and international groups to investigate the issue further.

Crimes against humanity and torture have been committed against both the Falun Gong and the Uighurs, it also found.

"Organ trafficking is often overlooked in our sector but this heinous crime needs more attention and affects us all," said a spokesman for the Human Trafficking Foundation.

Jennifer Zeng, a Falun Gong practitioner who told the tribunal she had been given blood tests and medical checks while held in a detention camp, said she hoped the tribunal's findings would prompt action.

"I hope more countries will pass laws to forbid their own citizens from going to China to do organ transplants," she told the Thomson Reuters Foundation.

"And I do hope the international world will figure out a way to stop the killing in China right now." - Reuters