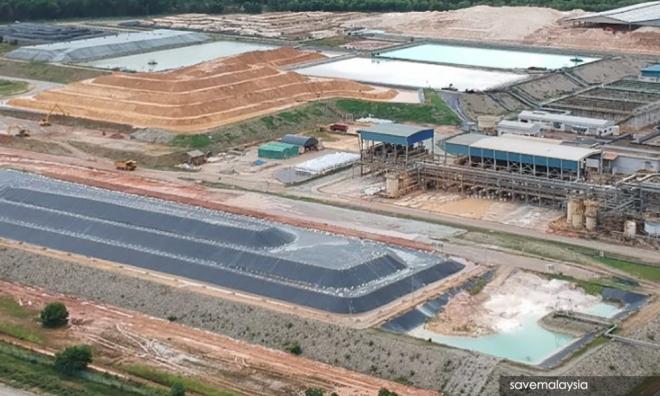 They said this is based on, among others, data revealed in the cabinet’s executive review committee report on the rare earth processing plant in Gebeng owned by Australian mining firm Lynas.

Other sources included Environment Department documents and water sampling tests carried out by SMSL since 2016.

"Since our regulators have not taken any action and have flouted their own regulations despite data clearly showing otherwise, we have no choice but to act in the interest of our community and for our country.

"We lodge the police report because we have waited for over a year since the change of government for the regulators to carry out their duty to enforce the law,"  SMSL chairperson Tan Bun Teet said in a statement after lodging the police report in Kuantan this morning.

"Unfortunately, there has not been any improvement within the Environment Department. They have done nothing to investigate the contamination and below-standard wastewater discharged by Lynas.

"Instead they continue to sing Lynas’ praises in public at public forums and through the media."

SMSL legal adviser Hon Kai Ping stated that contamination of water, including groundwater, is an offence under the Water Services Industry Act 2006.

“In fact, Parliament has deemed it so serious that under Section 121 of the act, if the contamination results in death, the penalty may also be death," he said.

Water contamination, Hon added, is a national security issue and the authorities should take the issue seriously.

"No other industry or business anywhere in Malaysia could get away with so much waste piled up by its plant," SMSL said.

Malaysiakini is contacting Lynas for their response.

SMSL reminded the Pakatan Harapan government that its election manifesto promises that all projects affecting the environment must stand up to the highest standards of environmental protection and follow international best practices.

The manifesto also promised that the Harapan government would not bow to big companies and crony capitalism, the group said.

“We hope this would also not be the case here. The whole country is watching,” it added.

SMSL quoted from the executive review committee’s report, which said that the groundwater in the Gebeng area surrounding the Lynas plant was contaminated with toxic heavy metals such as nickel, lead, chromium and mercury.

However, in late May this year, Water, Land and Natural Resources Minister Dr Xavier Jayakumar said the groundwater in Gebeng is no longer polluted by heavy metals.

“The latest tests that were done around the Lynas area gave us negative readings of heavy metals.

“This was done by my department and we did not find anything that is polluting in that area,” he had said.

Energy, Science, Technology, Environment and Climate Change Ministry deputy secretary-general Nagulendran Kangayatkarasu said a day later that the spike in heavy metals in the groundwater around the Lynas plant in Gebeng did not originate from the facility.

It is now under permissible levels, he said.

Nagulendran said the spike noted by the cabinet review committee's report was a one-off incident, and the ministry is prepared to publish the data to show that the heavy metal levels have gone down.

He added although the source of the spike is still unknown, continuous monitoring has managed to rule out Lynas as a contributor.

Despite the deputy secretary-general's assertion that the ministry is ready to publish the findings, Nagulendran and the Environment Department have not responded to Malaysiakini's multiple requests for the data.

Yeo postpones meeting with Australia on Lynas waste
19 Jun 2019
Fuziah: Lynas not in the clear over dangerous residue just yet
10 Jun 2019
Ahead of meeting with Yeo, Western Australia rejects Lynas waste
5 Jun 2019
Lynas: Critics wrong, gov't says no groundwater contamination by us
4 Jun 2019