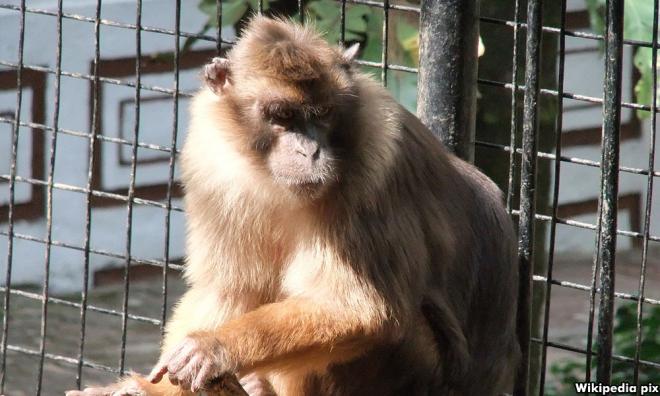 The step is taken to find out what elicited the aggressive behaviour aside from wanting to check if a licence was issued for keeping the animal.

“Based on information gathered, the monkey was used to earn money. We will meet the owner and recommend likely follow-up action.

“There are many factors that may trigger aggression in monkeys, but normally it is hunger, old age or provocation,” Ady said after visiting Muhammad Putra in Hospital Raja Perempuan Zainab II in Kota Bharu today.

The attack happened when the victim and his two cousins were on their way back after visiting a neighbour for Hari Raya.

During the 6pm incident, Muhammad Putra sustained injuries to his hands, legs, stomach and near his genitals.

Ady said the Tabung Wang Amanah Serangan Binatang Buas (wild animal attack fund) form has been given to Muhammad Putra’s family to fill in, but Perhilitan will wait on a report from the hospital before submitting it to the Social Welfare Department.

“In cases like this, Perhilitan recommends against releasing a wild animal that has been kept in captivity back into the wild or even caging it.

“We instead recommend the animal be surrendered to us to determine the best option and avoid further untoward incidents,” he said.

He added that a Wildlife Conservation Act 2010 amendment exercise will see a new section which includes a stipulation that those granted a licence to keep a wild animal must do so away from human-populated areas.