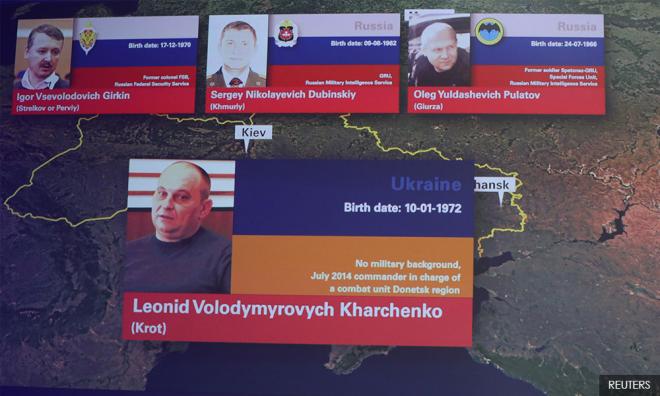 Family members of victims of the Malaysia Airlines MH17 tragedy voiced their gratitude following a report yesterday that revealed the four main suspects who had allegedly shot down the plane in July 2014 over rebel-held eastern Ukraine, killing all 298 passengers and crew on board.

A cousin of victim Ariza Ghazalee, Zurisdi Mohd Zol, 51, from Kuching, said the long wait for the family to see justice served for all victims of the tragic flight will finally come to an end.

“We have been patient for five years. We never stopped praying that justice will be on the side of the victims.

“The incident was clearly an international ‘murder’ and we hope that the suspects will be charged soon,” he said when contacted by Bernama today.

MH17 was flying from Amsterdam to Kuala Lumpur when it was shot down over Ukraine, some 40 km from the Russian border, on July 17, 2014. All 298 people onboard, including 15 crew, were killed.

The Dutch-led Joint Investigation Team (JIT) said yesterday it is going to prosecute the suspects - Russians Igor Girrkin, Sergey Dubinskiy and Oleg Pulatov and Ukrainian Leonid Kharchenko - over the downing of the plane.

Normi Abdullah, 59, widow of chief steward Mohd Ghafar Abu Bakar, said she was glad that the suspects responsible for the downing of MH17 will finally be brought to justice.

"I am grateful that the suspects have been identified. At least, we have got something five years after the incident.

"Whatever it is, I am leaving it to the authorities for what needs to be done," she said, expressing the hope that Malaysia will act firmly against the criminals.

"I am very sad, but what can I do? It will not bring Nur Shazana back. The time taken (for the investigation) is too long," she said.

Shahrom, however, said she still wants to know why innocent people were killed.

On May 24, JIT reportedly said the BUK anti-aircraft missile which hit the Boeing 777 had originated from the 53rd Russian military brigade based in Kursk.

The JIT said the four suspects will be charged in a court in The Hague on March 9 next year.