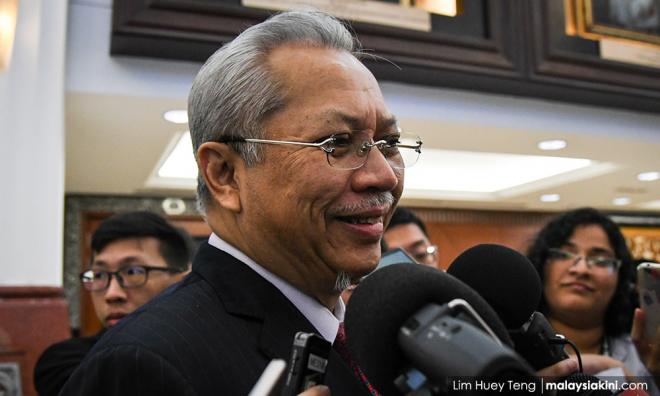 Umno plans EGM to amend its constitution in November

UPDATED | Umno's supreme council will propose a motion through an extraordinary general meeting in November to amend certain clauses of the party's constitution.

"This is aimed at streamlining the party in line with current demands," said secretary-general Annuar Musa (photo, above) in a statement today.

He stressed that the process was still in its early stages, saying that the party would take on board grassroots views and recommendations by the various wings of the party, under a committee chaired by one of the vice-presidents.

Annuar did not specify which of the vice-presidents - Ismail Sabri Yaakob, Mahdzir Khalid or Mohamed Khaled Nordin - would be chairing the committee.

"Any proposals will be brought to the grassroots for feedback before tabling at the EGM," he added.

At the moment the party was just going through the first of six stages before making a change to the constitution, said Annuar.

Annuar also called for an end to premature speculation over the nature of the proposed changes.

In May, the Singapore Straits Times quoted sources, anticipating this EGM, as saying that it would result in party president Ahmad Zahid Hamidi and his predecessor Najib Abdul Razak automatically being dropped from their positions.

The purported amendment was said to be for Clause 9.9 of the Umno constitution, which states that any party leader who is facing court action will be automatically dropped from his or her position.

The source also said the amendments will include limiting office-bearers to three terms.

However, Khaled hotly denied this report, chiding Malaysiakini for running it and saying that the allegations were untrue and amounted to slander.