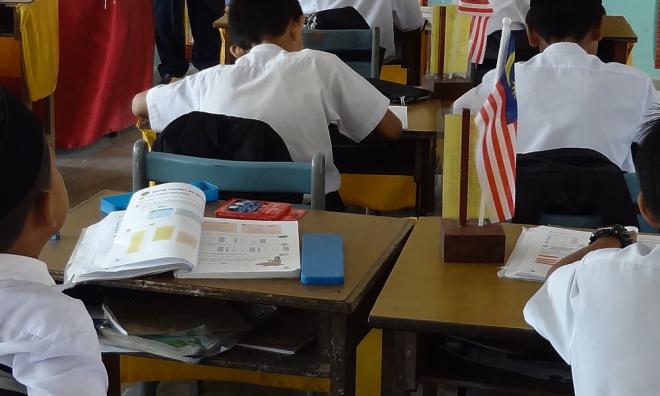 The Johor Environment Department, the Hazardous Materials Team (Hazmat) and the Emergency Medical Rescue Services (EMRS) and other agencies will continue to monitor the air quality in two schools in Pasir Gudang to determine the cause of suspected air contamination.

At the same time, the surrounding areas within a two-kilometre radius of the schools will also be monitored for air contamination, said Johor Local Government, Urban Wellbeing and Environment Committee chairperson Tan Chen Choon.

Yesterday afternoon, 13 pupils, aged between seven and 12 years, and two staff of Sekolah Agama Taman Mawar and Sekolah Kebangsaan Pasir Gudang 4 were rushed to the Sultan Ismail Hospital for treatment after they vomited and suffered breathing difficulties.

The Hazmat and EMRS teams from the Pasir Gudang, and Johor Bahru Fire and Rescue Department, the Johor Environment Department and other agencies were immediately rushed to the scene to carry out safety and decontamination works.

However, initial monitoring of the air quality there found no traces of the smell.

“According to initial monitoring of air quality by the Environment Department and Hazmat teams, the parameters for elements such as carbon monoxide (CO), hydrogen sulfide (H2S) and volatile organic compounds (VOC) were zero.

“The oxygen reading at the scene was 21.2 ppm and this means that the air quality there is normal and under control,” he said in a statement today.

This is the second incident of air contamination in Pasir Gudang.

On March 7, almost 6,000 residents in the same area were affected by air contamination from toxic waste in Sungai Kim Kim.

The incident also resulted in the temporary closure of 111 schools.