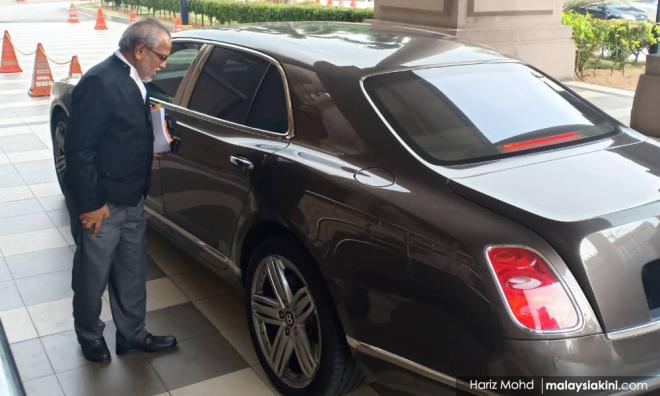 Lawyer Muhammad Shafee Abdullah (above), who is facing money laundering charges totalling RM9.5 million succeeded in his bid to reclaim his passport to travel to Australia for work purposes.

Earlier, his lawyer Harvinderjit Singh told the Court of Appeal that Shafee was not a flight risk and that he had travelled overseas four times after facing charges in Malaysia and had returned.

"He has got three wives, his family are all here. There is no reason for him not to come back," he said adding that Shafee's client in Australia needed legal advice on whether to contest a charge or enter into a plea bargain.

Deputy Public Prosecutor Afzainizam Abdul Aziz countered saying that Shafee had no reason to be in Australia as the client had a local counsel.

A three-member bench comprising Justices Ahmadi Asnawi, Rhodzariah Bujang and Mohamad Zabidin Mohd Diah allowed Shafee's application for the release of his passport to travel to Sydney, Australia from June 24 until July 1.

"We are of the view that there was a real need for the applicant (Muhammad Shafee) to be with the solicitors and client there," said Ahmadi who chaired the bench.

He said there was no evidence that Shafee was a flight risk, adding that the prosecution has not shown any evidence of him being a flight risk.

"We are mindful that the accused person in the Australia case is entitled to have a solicitor of his own choice," Justice Ahmadi said.

Harvinderjit told the court that Shafee would return his passport to the court by July 3 and would also report his return from Australia.

He was also charged under the Income Tax Act with two counts of making false declarations to the Inland Revenue Board by not including the RM9.5 million in his tax filing for the year.

On May 14, this year, the Kuala Lumpur High Court dismissed Shafee's application for the release of his passport, which was impounded by the court, to attend to a client, a Malaysian, who is facing drug trafficking charges in a court in Australia.

High Court judge Collin Lawrence Sequerah held that Muhammad Shafee's presence in Australia, requested in a letter dated May 13, 2019, was merely to assist in the case as there were Australian solicitors on record.

Earlier, in today's proceeding at the Court of Appeal, Harvinderjit Singh submitted that Muhammad Shafee was not a flight risk and that he had travelled overseas four times after the charges and had returned to Malaysia.

"He has got three wives, his family are all here. There is no reason for him not to come back," he said adding that his client in Australia needed legal advice on whether to contest the charge or enter into a plea bargain. - Bernama