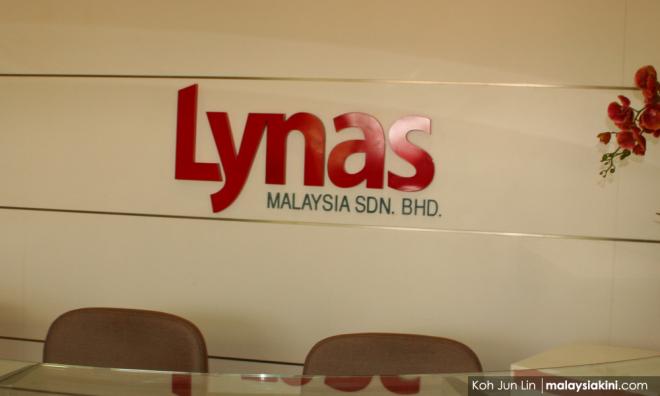 MP SPEAKS | The Australian High Commissioner’s defence of Lynas in the face of compelling evidence the company has contravened the terms of its operating licence is an unprecedented breach in diplomatic protocol in Malaysia.

Instead of working to ease tensions between the Australian company and the country that is host to its business, as diplomats normally would, Andrew Goledzinowski’s statement of June 10, 2019, regarding Lynas encourages adversarial behaviour and corporate malfeasance.

Goledzinowski’s denial of Lynas’s moral and, indeed, corporate responsibilities in Malaysia is shocking behaviour for a diplomat.

Most importantly, Australia’s most senior diplomat in the country is making light of Malaysian law.

Goledzinowski challenged my statement that removing all waste from Malaysia is part of a “legally binding agreement signed by Lynas”.

From the time of Lynas’s entry into Malaysia in 2012, approval of its operating licence was clearly conditional upon the Australian miner shipping out all wastes generated from its processing plant in Pahang.

As put forth above, the previous cabinet directives were clear. All wastes must be removed from Malaysia, failing which Lynas’s licence shall be revoked. There were no “options”. Period.

And if Lynas thinks that this was an unreasonable licensing condition, then why did Lynas commit to a legally binding agreement to remove the waste?

Now, let me respond to Goledzinowski additional claims that my assertions Lynas has violated various Malaysian laws were incorrect. He says :

1) Lynas is not located in a flood-prone area.

Please see photo 1 which was taken by Save Malaysia Stop Lynas (SMSL) in December 2014 of the area Lynas now stockpiles its toxic waste.

2) The law allows for extensions of onsite storage of scheduled waste above 20 metric tonnes and no more than 180 days in which Lynas has been granted.

Yes, under the law, the director-general of the Department of Environment (DOE) can approve applications by the waste generator to store more than 20 tonnes of scheduled waste onsite.

However, there is no provision under this same law that allows for extensions beyond 180 days.

It is also mind-boggling why the DOE director-general allowed Lynas to store more than 50,000 times (ie over a million metric tonnes) above the legal limit for six years. This is certainly something that calls for MACC to look into.

3) Lynas' scheduled waste was kept in fully-covered containers, properly quantified, contained and labelled with the dates the wastes are produced.

Photo 2 shows Lynas’ scheduled waste (neutralization underflow residue) piled up in the open. This photo was provided by Lynas itself to the Ministry of Energy, Science, Technology, Environment and Climate Change on Nov 24, 2018.

Photo 3 shows how Lynas piled up their waste, including the toxic radioactive waste WLP in the open and exposed to the biosphere.

The Malaysian Medical Association (MMA), in a statement on 20th July 2011 has raised concerns that storing the WLP radioactive wastes in open-air predispose to radioactive particles dusting the environment, increases the chances of inhalation of such particles by the surrounding community.

Radionuclides in air-borne dust inhaled will accumulate in the body, releasing radiation constantly next to the cells which may result in cancer.

In his statement, Goledzinowski also claims that the Australian state government was “disappointed” when Lynas chose Malaysia.

Well, in that case, as we have always said, it’s best for Lynas to go back to Australia and abide by the stringent Australian laws and regulations. Don’t export hazardous processes and toxic radioactive wastes to other countries.

We will not allow our children to bear the financial and health burden just because a greedy corporation wants to profit.

Therefore, I would urge Goledzinowski to carry out his duty as an honourable and principled diplomat by advising Lynas to honour its commitment to Malaysia and to cease trying to wriggle its way out of its moral and corporate responsibilities with false and misleading information.

I will also be more than happy to meet Goledzinowski to discuss in detail all the points I present here.

WONG TACK is MP for Bentong.