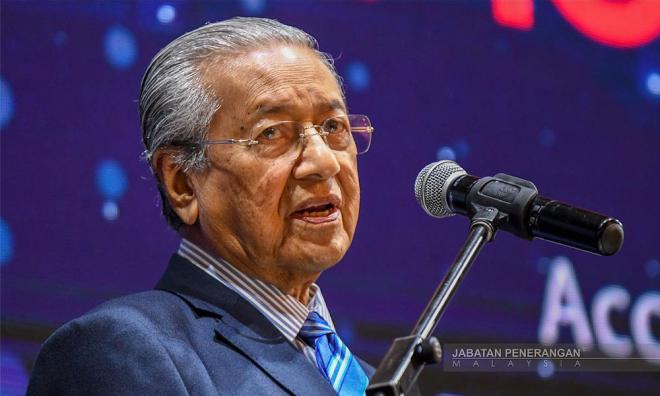 Malaysia has maintained its trade and economic policy as well as being friendly to other countries, despite a change of government after 61 years, Prime Minister Dr Mahathir Mohamad said today.

The new government, according to him, welcomes foreign investors including from its closest neighbour, Thailand, and is working to streamline the rules, regulations and laws to facilitate more investments into the country.

“We are business-friendly. So, when people come to invest in Malaysia, the government will try and help as much as possible. We are streamlining all the rules, regulations and laws in order to facilitate investments from foreign countries.

“We hope more Thai companies will come to Malaysia to invest and we would like to see more Malaysian companies investing in Thailand, too. This will promote good growth in both Malaysia and Thailand.

"We hope that all these efforts will facilitate two-way trade,” he said in a keynote address during a dialogue session with Thai corporate leaders in Bangkok today.

Leading the Thai investors was chairperson of the joint standing committee on commerce, industry and banking of Thailand, Kalin Sarasin.

Meanwhile, Mahathir said Asean with more than 600 million population is a big market for trade and business and urged all members of the regional grouping to tap each other's vast potential to enrich their people.

“Maybe, the per capita income is low and the needs of the poor are big. However, with trade and business growing, it will enrich the people and we will have a good market for ourselves,” he said.

Mahathir also urges more Thai companies and investors to set up business in Malaysia where communication is easy.

“When we do business, we like to do it with people we know. With strangers, sometimes, we are not sure about what will happen.

“There are opportunities for Malaysia and Thailand to learn from each other and such a dialogue is very important,” he said.

According to the prime minister, relations between the two neighbours have been forged for a long time, with Malaysia benefitting from the solid and genuine cooperation.

“Malaysia wants to increase bilateral trade with Thailand. We should identify products that we can get from each other to increase our trade volume.

“With good roads and railway facilities as well as communications, we will be able to improve the performance of cross-border trade,” he said.

On Wednesday, Deputy Foreign Minister Marzuki Yahya launched the 24-hour operations for Bukit Kayu Hitam ICQS and Sadao CIQ, which previously operated from 6am until midnight.