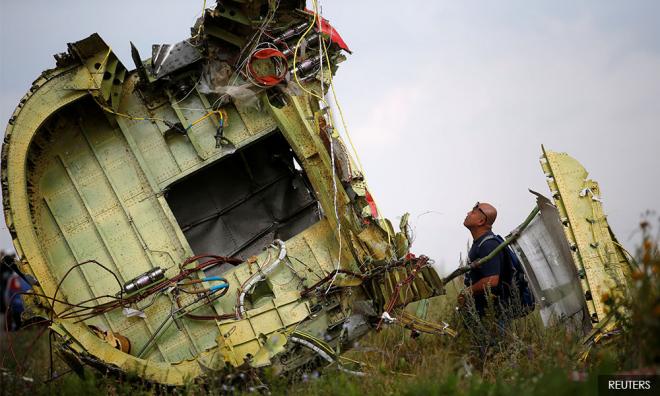 Yoursay: Strange for Dr M to defend Russia over downing of MH17

YOURSAY | ‘At least, show some respect for the families of the dead passengers and crew from Malaysia…’

Gerard Lourdesamy: Are we a satellite of Russia now? Or has Prime Minister Dr Mahathir Mohamad become the pet poodle of Russian President Vladimir Putin?

I was on this flight a few months before it was shot down. The Russian-backed rebels in Eastern Ukraine had been shooting down Ukrainian military aircraft on a regular basis in the weeks before MH17 was downed. Why would the Ukrainians shoot down their own aircraft or MH17?

The Russians also have BUK missiles on their side of the border with Ukraine and in occupied Crimea. The trajectory of the missile suggests that it was fired from territory in Eastern Ukraine close to the Russian border which is under rebel control.

It could not have been fired from Ukrainian army batteries in Western Ukraine because of the sheer distance the missile would have had to travel to hit MH17.

The main culprits are the Russian-backed rebels who are very poorly trained but equipped with high-end military hardware provided by the Russians. These rebels had been shooting down Ukrainian military aircraft using Russian-made missiles, including BUKs, in the weeks before MH17 was hit.

It was probably some incompetent rebel commander who ordered the firing of the BUK missile that destroyed MH17. When their "mistake" was discovered the BUK missile launcher was quickly sent back over the border to Russia where it first originated from in order to cover up the incident and extricate Russia from the mess that they had created by arming these rebels.

Mahathir would be singing a different tune if his children or grandchildren were killed on MH17. At least, show some respect for the families of the dead passengers and crew from Malaysia and other countries, including the 80 children who died in the crash.

Increasingly, Mahathir makes despotic and idiotic comments that underlie his hate for the West and his love of authoritarian leaders and dictatorships. Putin being a case in point.

This is not a case about politics but a humanitarian disaster. Does Mahathir also disbelieve that the Russians shot down Korean Air Lines Flight KAL007 in 1983? The problem with Mahathir has always been his preconceived notions and his dogged belief in what he thinks must be the truth.

The international team of investigators have been investigating the MH17 tragedy for the last five years. They have been professional and meticulous. They have amassed a wealth of data and evidence, both direct and circumstantial. Malaysia was part of the Joint Investigation Team (JIT).

The black box did not reveal anything out of the ordinary, except a high impact catastrophic event involving the aircraft. Basically, the pilots were instantly killed when the BUK missile detonated just outside the cockpit causing missile fragments to tear the skin of the aircraft causing it to break up in mid-air into pieces before crashing into the ground over a wide area.

Mahathir is finding excuses to exonerate the Russians because of trade relations and his personal ties to Putin. Is Russia a beacon of democracy and human rights? Go and see how they treat their Muslim minorities there, let alone political dissidents of the Putin regime.

Sadly, our PM is proving to be an embarrassment when he opens his mouth at home and abroad. Why are the other Pakatan Harapan leaders keeping quiet and not disagreeing with him? If the JIT has reached a finding and the Dutch want to prosecute the suspects, who is Mahathir to say otherwise?

I am convinced that Mahathir is nothing but a demagogue who will protect even the worst genocidal leaders if they are his friends. The sooner this man steps down or is removed as PM, the better it is for this country.

The biggest mistake the nation made was to believe that this man had changed and was therefore deserving of our support in GE14. We are now all regretting the mistake that we made.

David Dass: Indeed, a very surprising reaction by the prime minister. Clearly, he has not read the report or understand the conclusions. He talks of hearsay and evidence without a clear grasp of what these terms mean.

There will be a trial and the judges will have to be satisfied that the evidence is there before convicting the persons charged.

The fact is that MH17 was shot down and many innocent people were killed, including Malaysians. The investigation team included Malaysian representatives. Russia did not cooperate with the investigation.

No one expects the accused persons or the Russian state to suffer any consequence should the trial result in a finding of guilt. But surely justice must be done and the perpetrators of that dastardly crime be shamed, if nothing else.

TehTarik: Another ignominious day of shame for Malaysia. A painstaking investigation by JIT, including the Dutch (who lost 196 people), finally shows that some Russians were allegedly responsible for the loss of nearly 300 lives. And yet our PM refuses to accept it.

No wonder, the Australians once labelled him as recalcitrant. This ‘stubborn as an ox’ PM refuses to believe the report. This puts Malaysia in a very bad position.

Mahathir's recalcitrance has tarnished our country's image. It shows little compassion or empathy for the relatives of the victims. It appears that not only have we bungled with MH370, but are now doubling down in our stupidity.

We have utter disregard for the findings of a team of global investigators. His venomous hatred of the West and Jews has clouded his judgement.

He is a thoroughbred and stubborn racist who ignores facts and is living in a delusional world of deception and half-truths. First, he calls the Jews 'hook-nosed' and now this. He should resign as PM.

Hang Babeuf: I find this all very "fishy". When MH17 was shot down, then PM Najib Abdul Razak rushed into some happy-chat with the Russians, and quickly declared the problem solved – thanks to his own wonderful people-handling skills and personal diplomatic agility.

But he got nothing.

Now after the Dutch/international enquiry has done its painstaking work, Dr M rushes in to defend the Putin gang again. Why? What is going on here? What is behind this bizarre Malaysian solicitousness towards the Russians?

Anonymous_1527925538: The missiles were from Russia and sent to Ukraine, so the Russians are responsible?

Also, what cannot be explained is that the Russian military would be well-trained to use their own missiles. They can't even differentiate between a passenger plane and a military aircraft?

TehTarik: @Anonymous_1527925538, read the investigative reports to understand why the BUK missile ‘accidentally’ shot down a civilian aircraft.

Normally, BUK missiles operate in conjunction with a sophisticated radar unit that can help to pinpoint targets more accurately. Unfortunately, no such radar unit was available on that fateful day to assist the operators of the missile unit.

Instead, the BUK operators had to depend on a rudimentary radar system and made a catastrophic error, mistaking MH17 for a Ukrainian military aircraft.

Gerard Lourdesamy: @Anonymous_1527925538, so why was the missile launcher sent back to Russia? The Russian-backed rebels in Eastern Ukraine are being trained and armed by whom?

Who supplied them with the BUK missiles and covert Russian military operatives to arm and operate the missile systems?

KitP: There was a Malaysian team which was part of the international investigation. Unless they strongly dissented against the final report, I expect they were part of the consensus.

Did Mahathir consult the Malaysian investigators before he condemned the final report as politically motivated?

Gaji Buta: If you put aside your prejudices for a few seconds, you will notice there is a Ukraine man among the four accused. Also, it is not blaming Russia but three Russians.