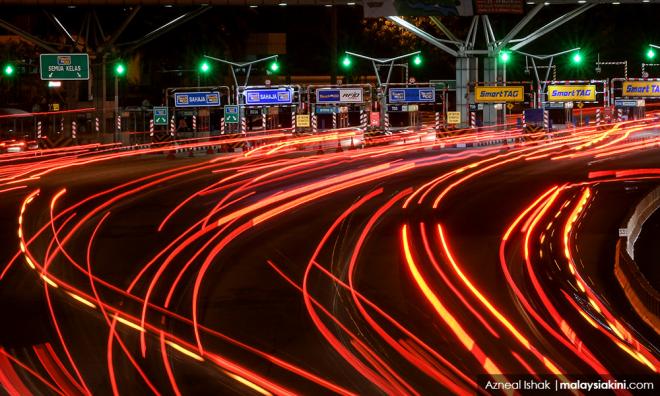 As a result of negotiations with Gamuda, the Finance Ministry is pleased to announce that offer letters have been formally handed over to the four concessionaires on June 21, 2019 with the enterprise value offer prices as below:

The completion of this offer is subject to due diligence, the requisite shareholders’ and creditors’ approval for each concessionaire and the final approval by the cabinet.

If the acquisition process of these highways is successful, the government will acquire the highway concessionaires on Dec 31, 2019 through a special purpose vehicle (SPV) wholly-owned by the Minister of Finance (Incorporated).

The acquisition of these four tolled highways represents the first steps in reducing the burden of highway users and fulfilling Pakatan Harapan’s promise.

Under the new congestion charge system that was previously announced, commuters using these four highways will save as much as RM180 million per annum, and these savings will go straight into the disposable income of Malaysian households.

The congestion charge model follows a variable pricing structure which depends on the time of the day.

In principle, the government will give discounts of up to 30 percent for hours outside of peak periods and free travel during off-peak periods.

In addition, the maximum congestion charge will be capped at the current toll rate in order to not cause further burden to the commuters.

The final structure of the congestion charge will be studied and refined in further detail before being implemented on Jan 1, 2020.

This means that the government will be able to allocate additional spending of more than RM5.3 billion in the coming years for the benefit of Malaysian citizens across the country.

In other words, not only will this measure benefit commuters using these tolled highways, Malaysian citizens all across the country will enjoy the benefits too.

These figures directly prove that the highway toll concession model under the BN government had only profited private concessionaires and did not prioritise the people’s best interest.

No financial burden for gov't

The government had negotiated earnestly with the concessionaires to make a fair acquisition offer, such that it maximises the returns for the people, and not result in any financial burden for the government at the same time.

The SPV will finance the offer of RM6.2 billion by way of bond issuance. The collection of congestion charge will be sufficient to service the debt, as well as to finance the operation and maintenance costs of the highways without requiring additional budget allocation by the Finance Ministry.

In other words, the acquisition cost will be self-financing through the collection of congestion charge and will not require any government expenditure.

As a percentage of the urban toll roads market (which excludes the Plus group), the market share of these four highways based on the toll revenue collected is around 48 percent.

This represents a significant share of the intracity highways and indicates the government’s seriousness and commitment to fulfil our election manifesto.

If this acquisition model is successful, then the government will apply the same model to acquire the concessions of other tolled highways in the future, including intercity highways.

In conclusion, the acquisition offer for these highways is a win-win-win solution for all involved: