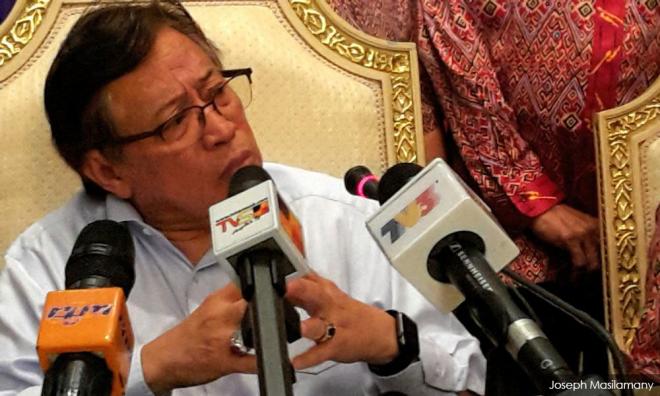 He said the presumptions were made without considering the earnings that Sarawak derived from various sources such as oil and gas, besides its outstanding performance in financial administration.

"We have income from dividends, royalties, premiums and taxes. This year I will implement a five per cent tax on oil and gas exports which will earn Sarawak RM3 billion," he said.

Sarawak, he pointed out, had rights to the state's oil and gas resources.

He said this at a Gawai celebration and launch of Zone 10 Gabungan Parti Sarawak (GPS) at Rumah Panjang Kalang, Ulu Bayan Ulu, Jalan Mukah-Selangau near Mukah.

According to Abang Johari, the state's income in 2018 was RM7 billion.

He said Sarawak's reserves of RM30 billion would exhaust in three years on the state's annual budget of RM11 billion.

The minister said Sarawak would suffer the same fate as Kelantan, which he claimed could not even pay the salaries of their civil servants due to a weak administration. - Bernama