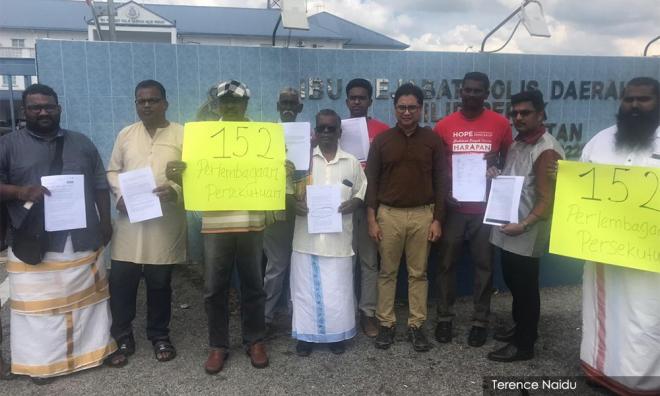 DAP lawmaker Terence Naidu lodged a police report today against PAS Muslimat vice-chief Salamiah Md Nor, who had called for an end to vernacular schools.

In a statement today, Terence said that Salamiah's statement falls afoul of Article 152(1) of the Federal Constitution – which outlines Bahasa Malaysia as the national language, but also guarantees the right to teach and learn other languages.

"I do not know if she is aware that actions which violate Article 152 are dealt with under the Sedition Act 1948," his statement read.

Yesterday, Perak DAP chief and Teluk Intan MP Nga Kor Ming called for police reports to be made against Salamiah for her comment at PAS' 65th muktamar.

Nga claimed that the PAS leader's comment went against the Sedition Act.

Pasir Bedamar, the constituency which Terence represents, is one of three state seats within the Teluk Intan parliamentary constituency.

The Pakatan Harapan government has promised to abolish the Sedition Act.